In response to the food crisis created by the lockdown, here’s what anganwadis can do to ensure that children stay nourished in times of COVID-19 and beyond.

Two-year old Rameela* lives in Nayaghar, 100 km from Udaipur and 35 km from the nearest town. For nearly three months now, Rameela has received a tiffin every morning, filled with sattu (a porridge made from cereals, pulses, sugar, and oil) and khichdi (a semisolid gruel made from rice and dal with added oil). It is delivered from the Nayaghar phulwari or day-care centre, where Rameela is enrolled. Rameela’s father was a daily wage earner in Ahmedabad, who left the city as soon as the lockdown was announced and walked back to his village—a journey which took almost two days. The family has very little money or food, and the tiffin that is delivered to Rameela is essential to ensuring her nutrition, health, and well-being.

The lockdown created a food crisis

The loss of livelihoods and non-payment of dues after the lockdown has left rural households with very little cash to buy food. As a result of supply chain disruptions, small stores, which are the lifelines of most villages, have had erratic stocks of dal, oil, sugar, and other essential items. Where such items are available, there have been times when prices have increased by 30-50 percent or more. Lack of transport has also limited travel from the villages to buy foodstuff or withdraw cash from banks.

The availability of foodstuff in these areas is poor through most of the year, and was highly inadequate even before the current crisis set in.

Our own experience from rural southern Rajasthan shows that while most families have wheat (both from recently harvested crops and that supplied by the public distribution system), they have limited access to supplies of dal, oil, vegetables, or milk—all of which are essential to ensuring that people, especially children, stay well nourished.

The availability of foodstuff in these areas is poor through most of the year, and was highly inadequate even before the current crisis set in. A 2014 study in select panchayats in southern Rajasthan showed that while wheat was available in about 87 percent of households, fewer households had any oil (74 percent) or pulses (44 percent), and none had any milk or poultry. Data gathered from across ten states through a National Nutrition Monitoring Bureau survey showed that consumption of calories, proteins, and minerals among rural households had declined significantly, and was at a level lower than 40 years ago.

However, what we see now is an almost famine-like situation. In most rural areas in the country, people are now eating fewer meals, as well as fewer kinds of foods in the day.

Related article: Why does undernutrition persist in India’s tribal populations?

The COVID-19 pandemic and subsequent lockdown led to the closure of anganwadi centres across the country. Anganwadis play a critical role in improving health and nutrition outcomes for young children, especially in rural communities, where food availability is inadequate, mothers of young children are stretched to complete their daily chores, and their own knowledge about childcare and nutrition is limited.

Over the years, several issues have been raised regarding the functioning of anganwadis—both structural as well as operational. While childhood malnutrition in India peaks before the age of two, anganwadis only enroll children after they turn three, by which time malnutrition has already set in. Additionally, they only function for four hours per day, while mothers in rural areas tend to work through the entire day and need childcare support for longer periods. Concerns have also been raised about the quality of services at anganwadis and the low enrolment rates that leave out many eligible children.

Organisations such as Jan Swasthya Sahyog, Ekjut, and Basic HealthCare Services, which we founded, run day-care centres that enrol children from the age of six months onwards and provide childcare for longer durations (6-8 hours every day). These efforts have shown a significant improvement in all forms of malnutrition—wasting as well as stunting among young children. 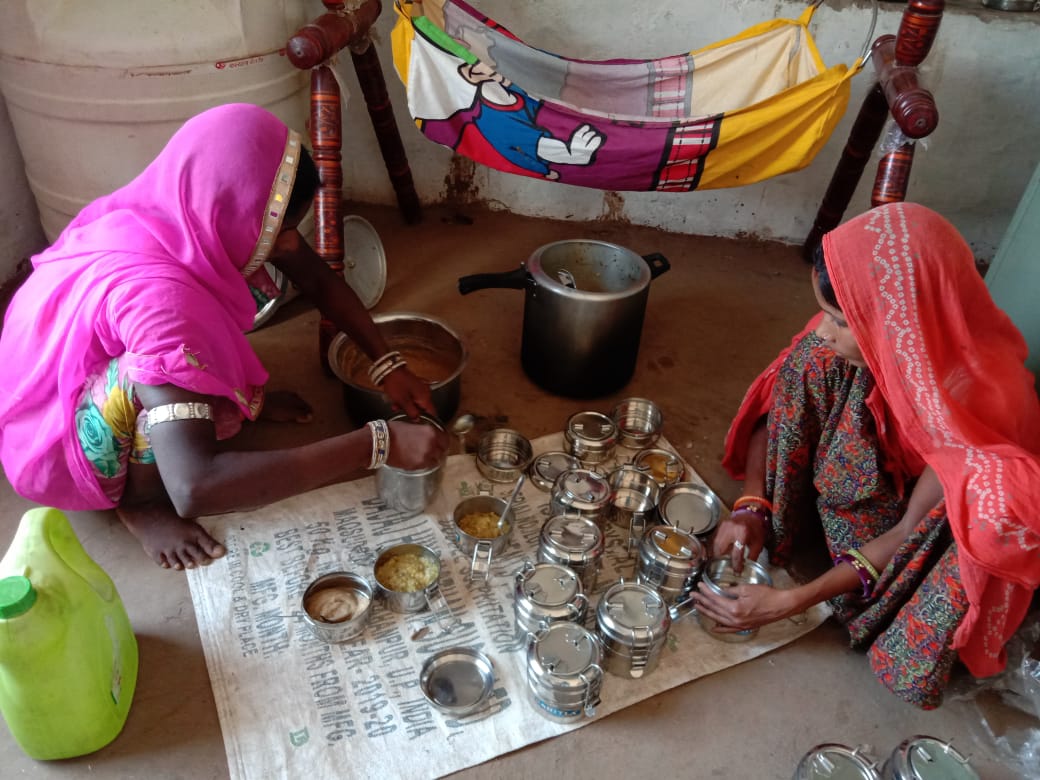 We need to act now

Children are extremely vulnerable in any emergency, and the current crisis is no different. For many, a sizeable part of the golden period—the first 1,000 days from conception until the age of two—will have been spent under lockdown, during which either they or their mothers will not have received enough nutrition. The impact will be lifelong, as this period is vital to physical and cognitive development. Malnutrition during these 1,000 days has long-lasting effects that extend well into adulthood.

Malnutrition during these 1,000 days has long-lasting effects that extend well into adulthood.

However, even when anganwadis are closed, they still remain our best bet to reach children. Now is the time to take nutrition from anganwadis to children’s homes. Our experience from day-care centres in rural, remote communities in Udaipur supports this approach: Since the lockdown began, the day-care centres, while remaining closed, continue to provide hot, cooked food to more than 250 children under five years of age. Most of their families have little to eat and the nutritious meals that are delivered to them are by far the only nutritious food these children consume.

While some states, such as Kerala, Karnataka, and Telangana have sent weekly packets of raw ingredients, including dal, rice, oil, and more to all children enrolled in anganwadis, others have taken a much more conservative approach. This typically involves sending children a take-home ration or THR, which consists of a premix of cereals, pulses, and sugar that can be made into a porridge, or a package of wheat and a pulse. However, the nutritive value of this THR is insufficient, and the fuel and time that is required to cook it is in extremely short supply for mothers from marginalised families.

On the field in rural Rajasthan, we have also seen that the distribution of these food packets is patchy and erratic—they have reached some villages, but many have also been left out. And in those villages that have received these packets, several children have been left out completely, provided inadequate amounts, or provided only one item—typically wheat, with no pulses being given. Such irregularities in distribution have also been reported in other parts of the country.

What anganwadis can do

There are three things the anganwadis need to do urgently to secure children’s nutrition and health outcomes.

This is absolutely vital for them to grow well. A THR alone is not adequate, and pulses, oil, and an additional cereal (such as ragi, suji, or rice) are also required. Given the constraints of fuel and time, cooked food is much more useful than raw ingredients alone.

2. Provide these to all children over six months old

Supplies should not be limited to those who are more than three years old, and are currently enrolled in anganwadis. Reaching all children, and reaching them early in their life, will prevent them from slipping into malnutrition.

3. Set up crèches at worksites

With the restarting and expansion of MGNREGA (Mahatma Gandhi National Rural Employment Guarantee Act), many mothers are now working at MGNREGA sites, often with no one to take care of their young children. Therefore, setting up crèches at worksites is imperative. These should be seen as extensions of anganwadis, providing care and ensuring nutrition for young children.

In the months ahead, economic slowdown, loss of jobs, and restriction of movement will continue to affect food availability in rural areas. More resources must be allocated to anganwadis so that they can provide hot, cooked, nutritious meals as well as care to all children under five. This would help to partly compensate the unjust impact of the lockdown and its consequences on children in rural areas, especially those from the most marginalised families.

For too long childcare and nutrition have not received the attention that they need. There is an imperative to act now. While the COVID-19 pandemic is a crisis of enormous proportions, it is also an opportunity to set right some of the key flaws facing anganwadis in India. Otherwise the situation could worsen further and reversing it will be much more difficult.

Tags: anganwadi, malnutrition, nutrition
We want IDR to be as much yours as it is ours. Tell us what you want to read.
[email protected]
ABOUT THE AUTHORS 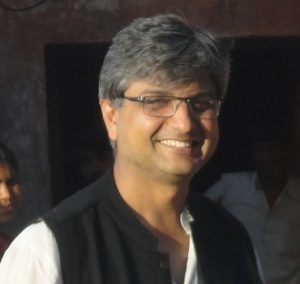 Dr Pavitra Mohan is a community health physician, pediatrician, and public health practitioner. He is a co-founder of Basic HealthCare Services (BHS). Dr Mohan also serves as Director, Health Services, Aajeevika Bureau, working to improve health of the families dependent on labour and migration. He was also a senior health specialist at UNICEF's India Country Office, and has an MBBS and an MD from Delhi University, and a master's in public health from University of North Carolina at Chapel Hill. 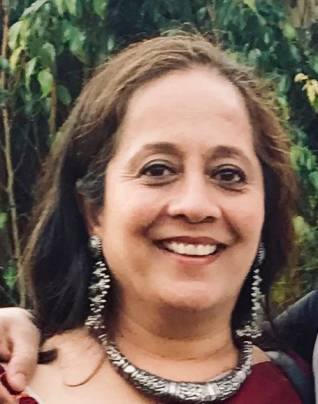 Dr Mohan is a pediatrician and public health professional. She is a co-founder of Basic HealthCare Services (BHS), an organisation providing high-quality, low-cost primary healthcare to underserved communities in southern Rajasthan. Her experience spans more than 20 years and includes coordinating the first research study in India on community-based management of severely malnourished children. She is an MD in Pediatrics from University of Rajasthan and has studied Epidemiology from University of London. 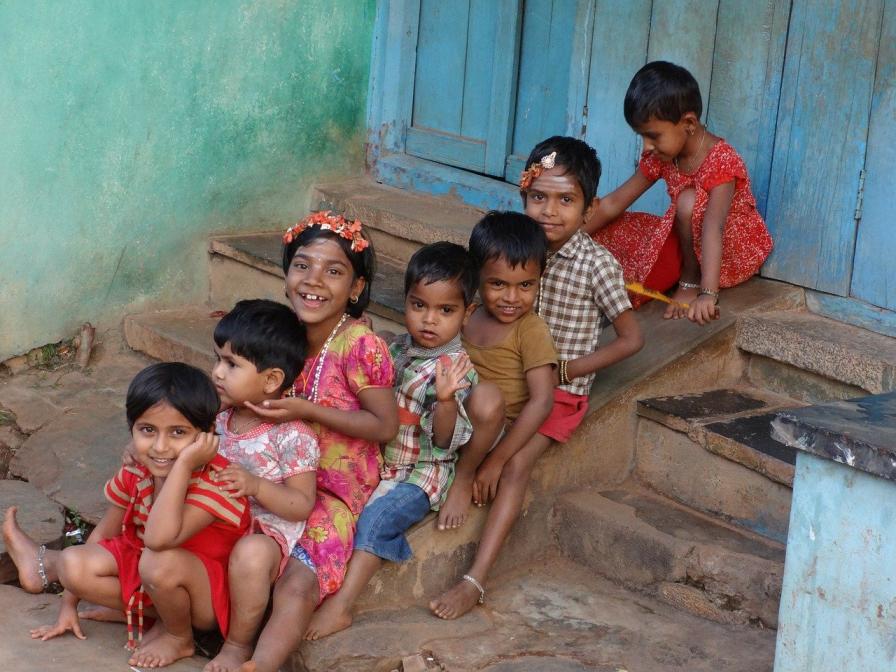 Youth
“We have failed our children today”
During the lockdown, there has been a fair amount of attention on adult migrant labour, but absolutely no debate, policy, or government directive on children.
by Shantha Sinha | 7 min read

Health
Child malnutrition: Using data more effectively
Our success at reducing child malnutrition will depend on how well we are able to use data to inform our policy and programmes related to addressing the problem.
by Venkatesan Ramani | 4 min read