Where does the water in a well come from?

In the water sector, the focus on fixing demand and supply is taking us away from the real problem: Unnoticed groundwater dependencies in ever-expanding urban India.

The environment versus development debate has increasingly become more polarised, with discussions in the public domain revealing a stark contrast of views. Development has increasingly come to symbolise ‘doing something’ and ensuring ‘visible outputs’, largely in the form of infrastructure. In other words, infrastructure is what everyone can see and use, and consequently, what a majority wants.

In the water sector, this approach towards visible outputs has led to a skewed focus on the supply side of water management, and this plays out in the way we think, plan, and act. The emphasis is on building infrastructure for water first, before even giving a thought to the availability and trends in demand for water.

This tendency to fix supply and infrastructure has only increased with more decentralised investments being made in the water sector through a combination of public and private initiatives. Here, the presumption is that demand will take care of itself, or that demand management of water can come later if need be. But, is supply and demand enough to ensure sustainable, equitable, and efficient management of groundwater, particularly in urban India, which is growing at unprecedented rates today?

The answer lies in the fact that we are not necessarily paying attention to groundwater as a ‘resource’, even as we find solutions to augment supplies and regulate demand. There is a clear blind spot about how much groundwater is available to us and of what quality.

Does current thinking, planning, and acting on water consider resources at all?

Take for example, the new focus on piped drinking water. In order to improve water access, it makes sense to put a tap in every house in India.

Where does one begin with a mission like a ‘tap for each house’? You could start with either where the water is coming from, or where it is going. In today’s context of water scarcity, it has become much easier to fit a tap in every house. So, you fix the tap in the house and then draw the pipe back into a tank or a sump. A dam, river, or well could feed the tank. Where does the water in a well come from, then? This is a question that perhaps gets least attention given the myth that infrastructure can solve all our water woes.

For sustainable water supply systems, we need to understand our water resources

A well is a source that yields water because of the aquifer it taps. (An aquifer is an underground rock formation that is a source of groundwater). It is only when one begins to think of the resource (the aquifer, in this case), that one begins to address the issue of whether the source (well) is able to sustain the overhead tank, the pipeline carrying water, or the household tap that the pipeline feeds.

Most water supply systems, even in urban India, focus on infrastructure. But for such a system to be sustainable, it is important to understand our resources.

Most water supply systems, even in urban India, focus on infrastructure—source, access, and distribution. But for such a system to be sustainable, it is important to understand our resources, whether these are in the form of aquifers, watersheds, or river basins.

Most urban watersheds have undergone a significant change in the last 50-60 years, leading to a change in their hydrology, land-use, and land-cover features. Many of these areas were rural, agrarian landscapes that have now turned urban, with construction sites, housing colonies, roads, and other such infrastructure. Underlying aquifers do not find a place at all in most urban plans, especially when the transition from rural to urban occurs. Construction takes place on top of natural recharge areas oblivious to the aquifers underneath.

The largest footprint of groundwater usage is evident in rural India, still home to a majority of India’s population. Whether in the form of domestic supplies or in agriculture, groundwater remains the primary source of rural water supplies in India. However, despite popular belief that our towns and cities depend upon surface water from rivers and reservoirs, groundwater has gradually emerged as the hidden (water) lifeline of urban India too. At least half the urban water supplies in India are groundwater based today 1, despite the demand for bringing in surface water from longer and longer distances. 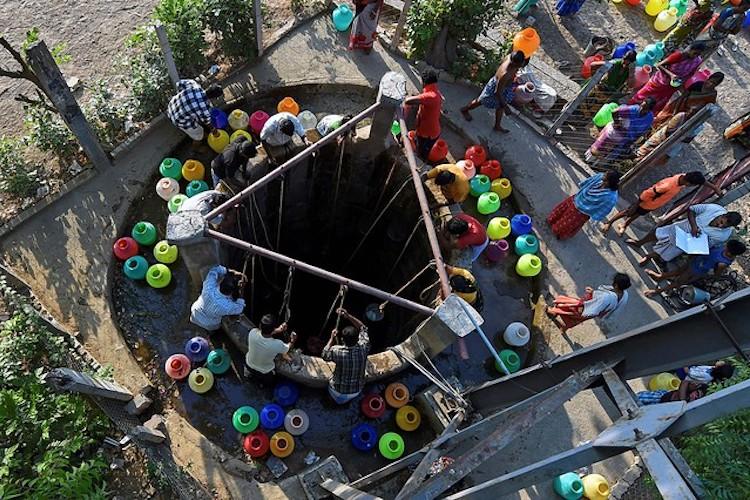 Despite popular belief that our towns and cities depend upon surface water, groundwater has gradually emerged as the hidden lifeline of urban India too. | Picture courtesy: PTI

As towns morph into cities and cities into metropolises, the rural-agricultural landscape surrounding a city transitions into an urban sprawl. Stand-alone and supplemental water supplies in a majority of towns and cities are increasingly sourced from wells—dug wells, bore wells, and tube wells—leading to the emergence of groundwater as the mainstay of water supplies in the vast peri-urban landscapes of India.

Cities such as Pune and Mumbai that depend upon reasonably reliable and established surface water supplies are no exception to large groundwater dependencies. There are many parts of cities such as Bengaluru and Pune, where water supplies to large apartment blocks are sourced from well water or tanker water, almost entirely. (Even tanker water is drawn mainly from wells and boreholes in and around growing townships).

The use of groundwater in Pune city was masked by its relatively robust surface water supply systems, for all these years. However, the picture is changing. As the city grows rapidly, more and more people in Pune are using groundwater. This is especially evident in the suburban and peri-urban areas, where urban growth is rapid, and where formal civic water supplies are stressed, creating a great demand for groundwater.

A city like Pune, surrounded by dams and fed largely by dam waters, derives a quarter of its supplies from groundwater.

Such a large groundwater footprint in Pune city is symbolic of the large, unnoticed groundwater dependencies in ever-expanding urban India. A city like Pune, surrounded by dams and fed largely by dam waters, derives a quarter of its supplies from groundwater. One can only surmise that much larger groundwater extractions must be occurring in cities that have lesser reliance on surface water supplies than Pune city.

The pumping of groundwater in Pune city is sustained by five main aquifer systems 2. Many of the natural recharge zones for the main aquifer systems in Pune city have been ‘built upon’ already. However, there are still recharge areas in open spaces, and these have a significant bearing on nearly all the five aquifers. The aquifers in Pune city can be sustained for longer periods, if these natural recharge zones are conserved, protected, and reserved for large-scale public recharge systems.

While work is being planned on the concept of integrating rainwater harvesting and groundwater recharge, it is imperative to begin with large-scale implementation of ‘public recharge’ measures that run hand-in-hand with improving the efficiency of water use and the regulation of demand. Public recharge systems here refer to large-scale groundwater recharge programmes that can be designed and implemented by municipalities. These will require a different approach from those managed by individual housing societies or bungalow plots.

Related article: 10 things you need to know about the water crisis in India

Managing urban groundwater in India: A challenge and an opportunity

It is not just the current levels of groundwater dependencies in India’s towns and cities that are a cause for alarm. The question about how sustainable urban aquifers will remain in the future makes the alarm bells ring even louder. Current urban water planning largely neglects the context of groundwater, particularly in the trade-offs that accompany urbanisation.

There is clearly a need to estimate groundwater availability in urban India on a dynamic basis for some important reasons. Broadly, the growth of urban India has three consequences that often go unnoticed. These are:

Acknowledging the significance of groundwater in urban public water supplies is critical if we are to secure urban water supply. Such security is not possible without considering the prospect of large-scale public recharge in the natural recharge zones for different aquifers. Decentralised recharge programmes and strategic rainwater harvesting measures can then complement such efforts.

In combination, these two approaches could constitute a large-scale programme on Managed Aquifer Recharge (MAR) in urban India, an approach that has been quite successful in many regions of the world 3. Protecting existing natural recharge zones, restoring strategic zones for public recharge, protecting them, and prioritising the revival of aquifers must become a part-and-parcel of water governance in India.

Unless a detailed understanding of urban aquifers in India is developed, combined with the strategic management of these aquifers, haphazard groundwater extraction will only deepen the crisis surrounding groundwater. It is important that we realise that the topic of ‘source sustainability’ cannot be addressed without paying attention to resource sustainability, i.e. the sustainability of an aquifer in the case of groundwater resources. It is only when aquifers are rendered sustainable that the entire system of sources, access, and distribution can deliver water in a safe, efficient, equitable, and sustainable manner in the growing urban context of India. Hence, a groundwater governance framework with specific regard to urban water governance must become a part of the package of practices under urban development programmes such as Smart Cities.

This article emerged from a discussion with Himanshu Kulkarni and Uma Aslekar, regarding ACWADAM’s work on urban groundwater management.

Tags: groundwater, urban groundwater management
We want IDR to be as much yours as it is ours. Tell us what you want to read.
writetous@idronline.org 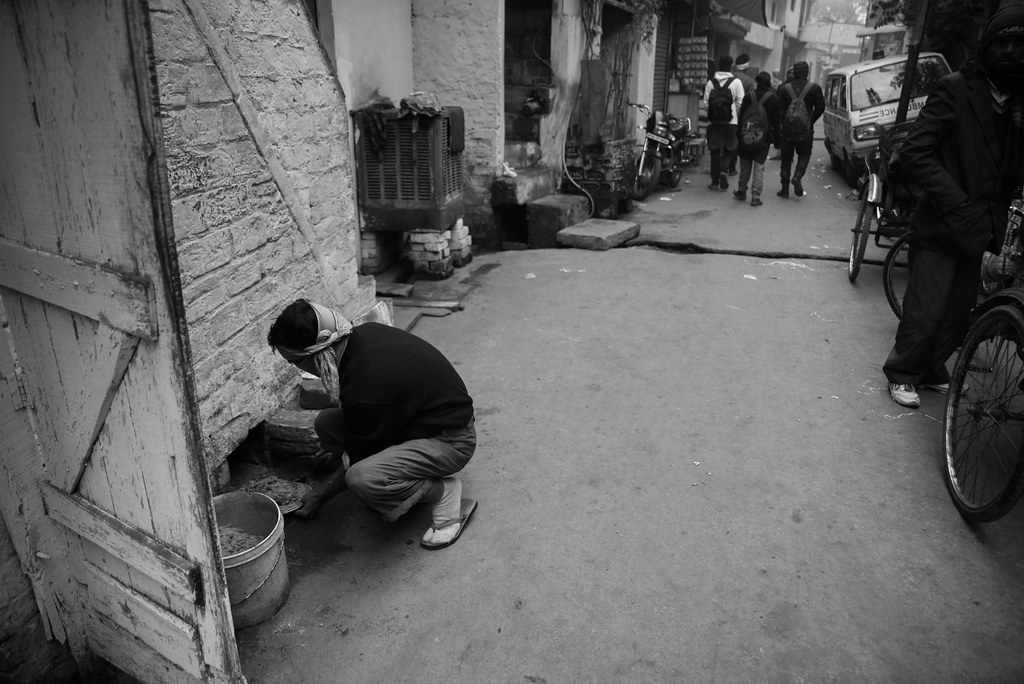 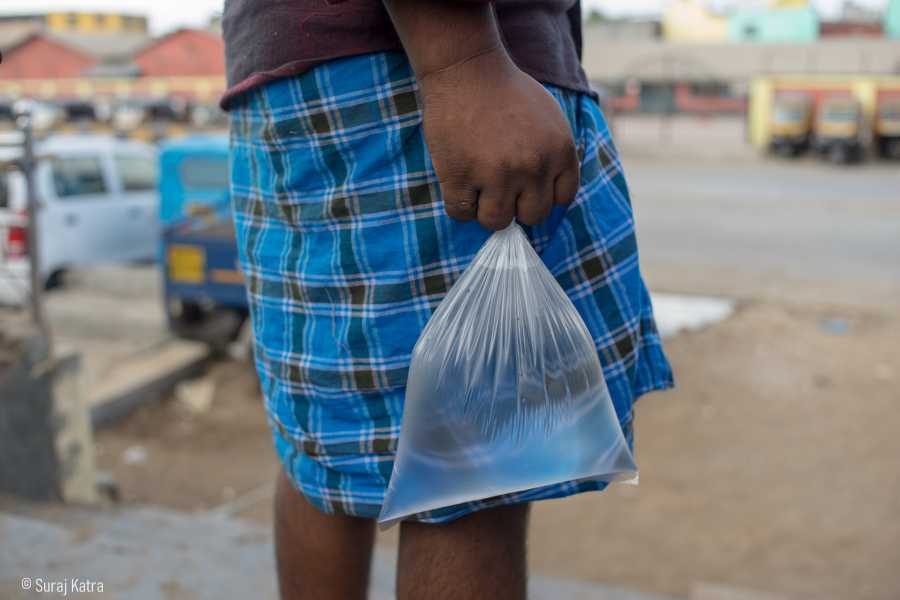 Water & Sanitation
What is the price of water in the city of Mumbai?
Poor water governance has cut off several residents from Mumbai's water system, making equal access to all a distant dream.
by Suraj Katra | 3 min read