Marketers from a growing range of industries have gone to great lengths to create consumer markets that are segmented along gender lines—from soaps to two-wheel vehicles to vacation packages. However, financial services providers (FSPs) remain largely oblivious to the needs of women.

Across the globe, a billion women remain financially excluded, with a gender gap of 9% persisting stubbornly in developing countries. Further, the 2017 Global Findex survey conducted by the World Bank found that in India, while the gender gap in access to bank accounts has decreased to 6% from 20%, the percentage of women who are active users (35%) is less than that of men at 47%. Poor financial product design for women contributes to this.

The micro-credit movement brought these women into the formal financial fold for the first time, with loans and passbooks issued in their names. But they were not necessarily considered active consumers of financial services. Rather, they were often seen just as conduits to push credit into households with the hope of eventually lifting people out of poverty. There is limited evidence on the scale-up and success of women-led enterprises financed by micro-credit.

In a similar vein, governments in developing countries institutionalised conditional cash transfers (CCTs) to link social transfer payments to women’s bank accounts. But again, broadly, CCTs have been built with an emphasis on the social welfare of the family, rather than the economic benefit of individual women beneficiaries.

In these financial services models—both of which are pioneering and landmarks in their own right—women have been conflated with ‘family’ and considered merely an avenue to pursue social welfare. Financial service providers are the channel for delivery of CCTs and microfinance. They have been surprisingly lackadaisical and unimaginative in sensing a business opportunity around the millions of poor women who have bank accounts at their retail branches. 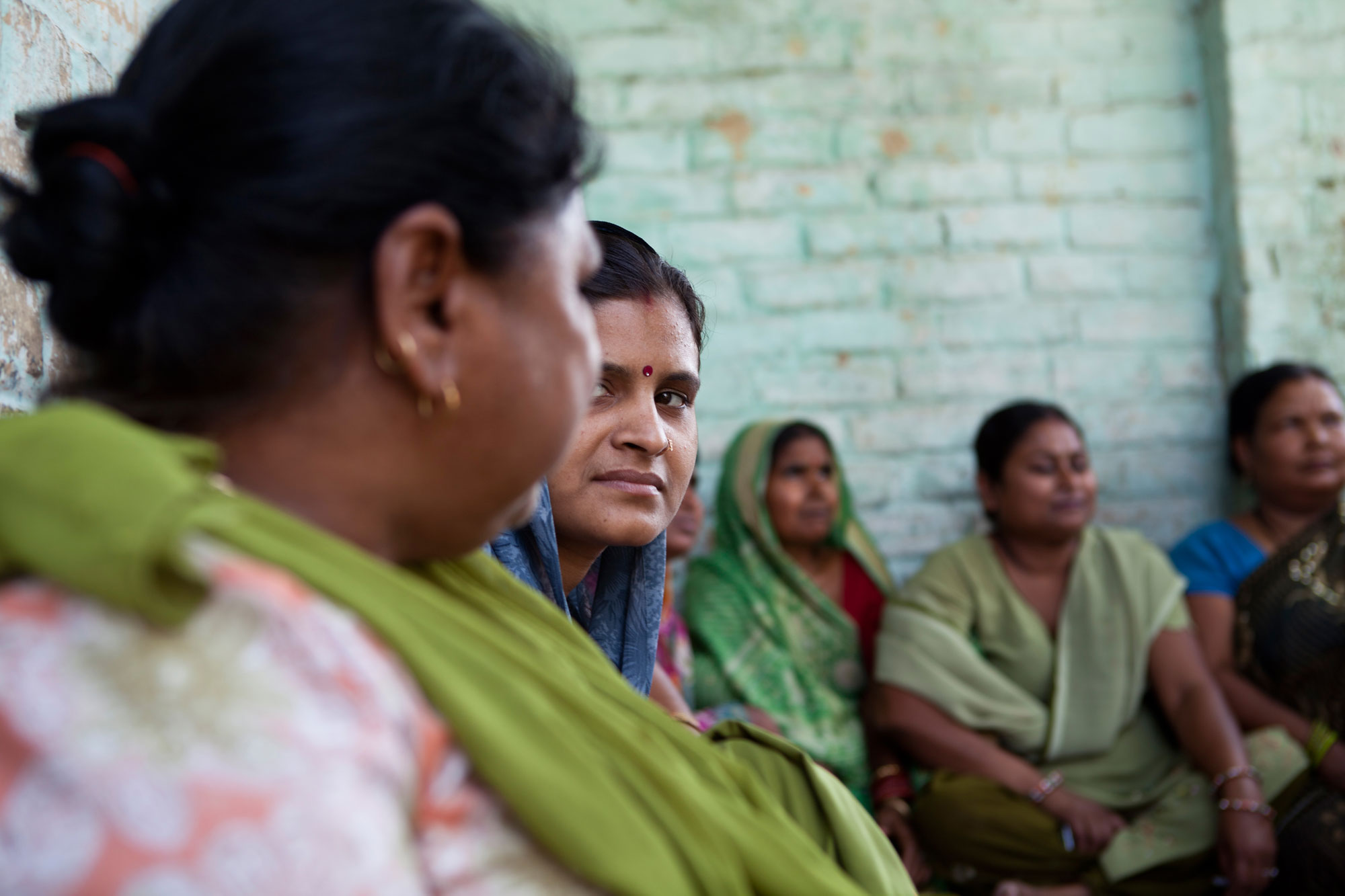 There is an urgent need to consider women as a distinct segment with specific financial services requirements, without disguising male-focussed products as gender neutral. To enable this change, one needs to study the myriad social and behavioural impediments impacting women, and use this knowledge to design customized financial product offerings.

[quote]Innumeracy acts as a cognitive barrier, and men often take advantage of this handicap.[/quote]Innumeracy, distinctly apart from illiteracy per se, acts as a cognitive barrier and hinders women from developing familiarity with FSPs or their business correspondents (agents). Often, men take advantage of this handicap, using it as a pretext to deal with FSPs on ‘behalf’ of the women in the household, who, they claim, “would get duped or would be unable to transact”.

There is a need to actively employ oral informational management tools such that these women can transact independently. Also, women prefer to learn and work with peers. A collaborative approach reduces financial risk within a peer group and helps pool resources like time and labour. FSPs must make use of this critical element, given the strong influence it has on the uptake of personal financial services by poor women.

Behaviourally as well, women customers take more time to develop trust in a particular agent, requiring more interaction with him or her. The presence of women agents can help in this context, especially because women customers consider them more trustworthy and better at maintaining confidentiality. Evidence from India suggests that financial service providers haven’t invested much resources in supporting women agents and their enterprises. An agent network Accelerator study conducted by MicroSave found just 8% women business correspondents in India.

Studies have shown that women-owned enterprises have stronger repayment records with non-performing loans being 30-50% lower than male entrepreneurs. They also have a likelihood of availing more products (up to three times) than men. This is a significant business opportunity that FSPs fail to utilize. The FSPs can use big data analytics to make sense of gender-disaggregated data points. Specifically, they can assess and track the benefits of providing financial services to poor women, both in terms of repayment and social benefits to households. FSPs can also use proxies, such as adherence to cash transfer schemes, as a measure of financial discipline and stable cash flows.

[quote]Women have stronger repayment records, with  non-performing loans 30-50% lower than male entrepreneurs.[/quote]Furthermore, women-led micro enterprises expect much more than the delivery of financial products—especially in terms of business advisory support in managerial capacity-building, bookkeeping, technological upgradation, skill development, and legal procedures to scale-up their businesses. Also, women-led micro and small enterprises not only struggle to access capital, but also to formally register their enterprises. This restricts their business development activities and engagement with e-commerce distribution channels.

By providing support on all these fronts, financial services providers will gain by getting access to a more credit-worthy customer segment. In turn, they will transform the lives of women entrepreneurs and reduce the gender gap in access to financial services—all this while positioning themselves as engineers of social change for good.

An immediate push to bring gender-centricity as a lens and a mindset to the forefront of policy framework and product design can do wonders. It will bring about gender equality in the financial services space, adding a customer base vastly underserved women. FSPs have to be mindful of the impact that each design attribute will have on the lives of women. The twin advantages of pursuing this course will be to transform women’s lives and offer a business value proposition for financial services providers.

Tags: conditional cash transfers, financial inclusion, gender equality, microfinance
We want IDR to be as much yours as it is ours. Tell us what you want to read.
writetous@idronline.org

Akhand is a senior manager at MicroSave, working to design and develop strategy for financial service providers; and leads research working groups. He holds an MBA from the Indian Institute of Forest Management, with a focus on rural development and environment.

Abhishek is an assistant manager in Research, Innovative Programmes and Evaluation (RIPE) domain of MicroSave. His areas of interests include behavioural economics, human-centred design, and qualitative & quantitative research . He has worked intensively over a year on the pro-poor tourism concept, improving the value chain prospects for the traditional artisans engaged in the creative economies. He is also very well versed with the mental models that inform the financial behaviours of the mass market customers, for achieving financial inclusion. 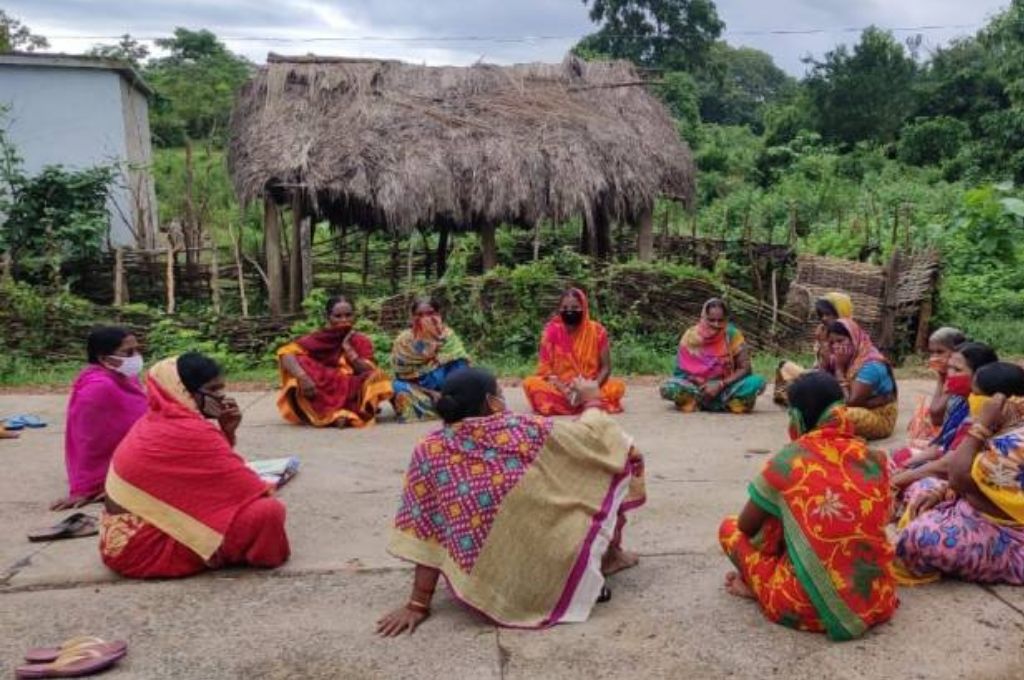