Latest news and developments related to the social impact sector in India. Fundraising & Communications: The Ministry of Home Affairs (MHA) has issued a circular extending the validity of FCRA registration certificates to September 30th, 2021. This applies to all FCRA licences that have expired or will expire between September 29th, 2020 and May 31st, 2021. The decision to extend the deadline has been driven by the exigencies arising from the COVID-19 situation.

FCRA refers to the Foreign Contribution (Regulation) Act 2010, which permits charitable organisations based in India to raise funds from foreign sources.

The order also clarified that nonprofits that have already opened an account and have the requisite permission to receive foreign aid, can henceforth receive it only in these newly-opened accounts.

The FCRA law was amended in September 2020 to include a clause that mandated that all nonprofits receiving foreign aid must necessarily open an account in State Bank of India’s New Delhi Main Branch. The government had initially set the deadline for this account opening as March 31st, 2021; it later extended it to June 30th, 2021 after several nonprofits argued in court that there had been delays because necessary approvals from MHA had not been received.

Several organisations have not been able to receive foreign funds during the crisis caused by the second wave, and this has impacted their COVID-19 relief efforts. Relaxing the foreign funding rules could significantly help organisations ramp up their operations to help individuals, supply critical healthcare equipment, and respond to communities in rural areas.

Read this article to know how amending the FCRA can have unforeseen implications. 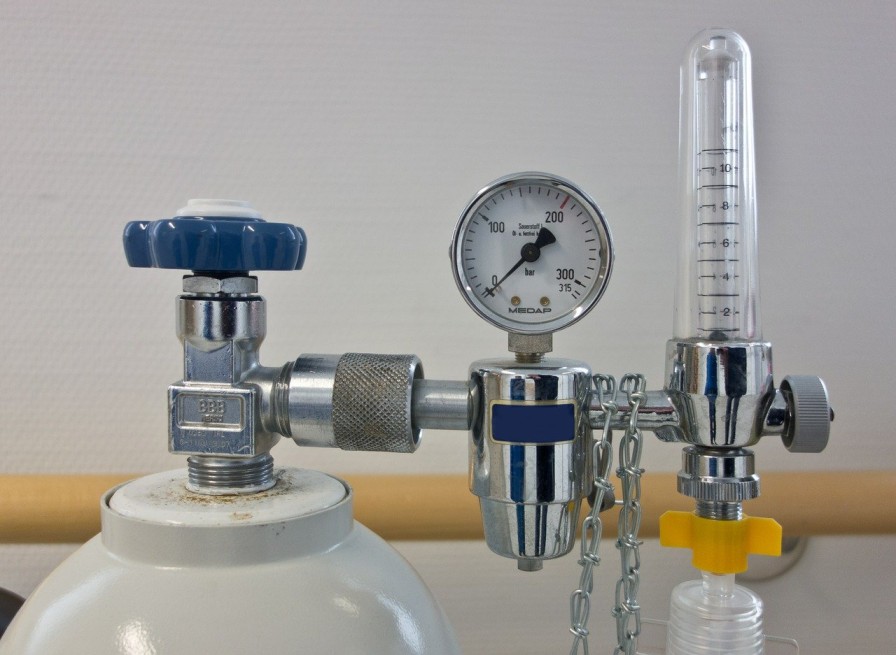 Philanthropy & CSR: The Ministry of Corporate Affairs (MCA) has issued a circular that allows corporate spending on health infrastructure for COVID-19 care to qualify as corporate social responsibility (CSR) expenditure.

This includes setting up medical oxygen generation and storage plants, manufacturing and supply of oxygen concentrators, ventilators, cylinders, and other medical equipment to counter COVID-19.

The announcement comes at a time when all efforts are being directed towards expediting efforts to support the country’s healthcare infrastructure.

According to the circular, companies can now undertake projects and activities in collaboration with other companies using CSR funds. Additionally, they can contribute to specified research and development projects, as well as publicly funded universities and certain organisations that conduct research in science, technology, engineering, and medicine.

The government had earlier clarified that setting up makeshift hospitals and temporary COVID-19 care facilities would also be considered a CSR activity. Rajesh Verma, the Corporate Affairs Secretary, has requested businesses to consider converting vacant office buildings into COVID-19 facilities to cater to the rapidly increasing caseload.

Read this article to understand why media attention on COVID-19 deaths due to lack of oxygen in big cities has skewed donor priorities. 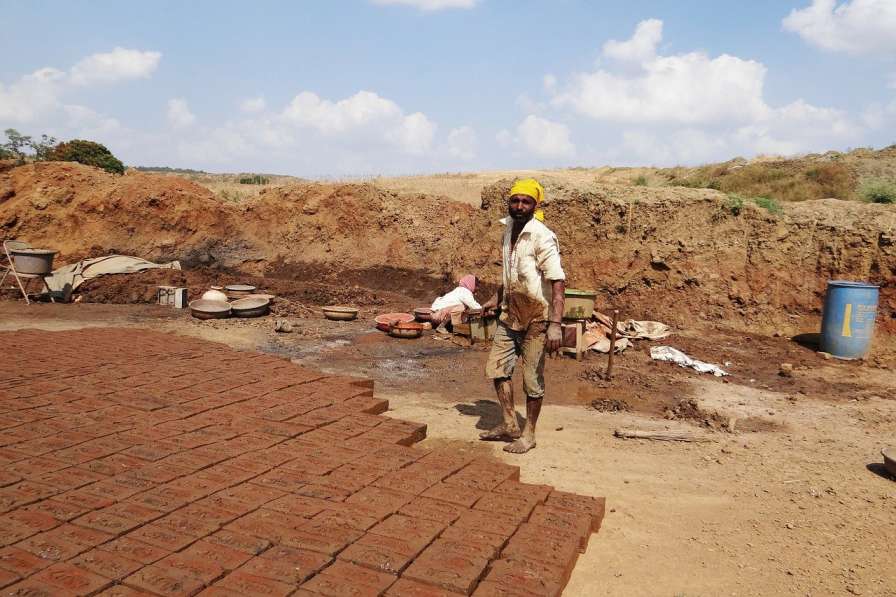 COVID-19: Four key surveys on migrants, domestic workers, jobs created by the transport sector, and the employment potential of professionals, have been suspended by the central government in light of the second wave of the COVID-19 pandemic. This is likely to delay the national employment policy which would have been based on these surveys.

The government will proceed with the fifth survey—the quarterly employment survey (QES). Unlike in past years though, this survey will be conducted online.

These surveys are important as they can provide a holistic picture of the employment market, and the socioeconomic condition of migrant and informal workers. However, government officials said that with lockdowns and curfews across the country, surveyors will find it difficult to meet the respondents at homes, offices, and worksites. They also added that the surveys will be restarted once the situation improves.

The national surveys which are designed and implemented by the Labour Bureau in consultation with an expert committee, might have to be reworked considering the change in ground realities owing to the COVID-19 pandemic.

In the case of the QES—which is a physical establishment-based survey cutting across companies and industries, the survey is being administered after a gap of four years. The results for this will be released by July-end.

The national jobs and social-economic survey results were expected to form the base of the national employment policy being considered by the government, along with the four labour codes by the Parliament in 2020.

“We have put the four surveys on hold as the surging COVID-19 makes it almost impossible to do the household surveys. We are talking to our expert committee on how to incorporate the new realities in these surveys. It’s a difficult situation, and sending our field workers to houses and offices will have a huge implication on their health and well-being. Second, no one will entertain surveyors at their homes during a second wave,” said D P S Negi, Director General, Labour Bureau, and Chief Labour Commissioner.

He also added that they hope to restart the process in a couple of months once the situation improves. The initial survey was to have been released by November 2021.

Read this article to understand how rural India can respond to the second wave effectively.

Sign up for The Daily Brief, a 3 minute read of the day's most important news stories, hand-picked just for you. And delivered right to your email inbox, daily. 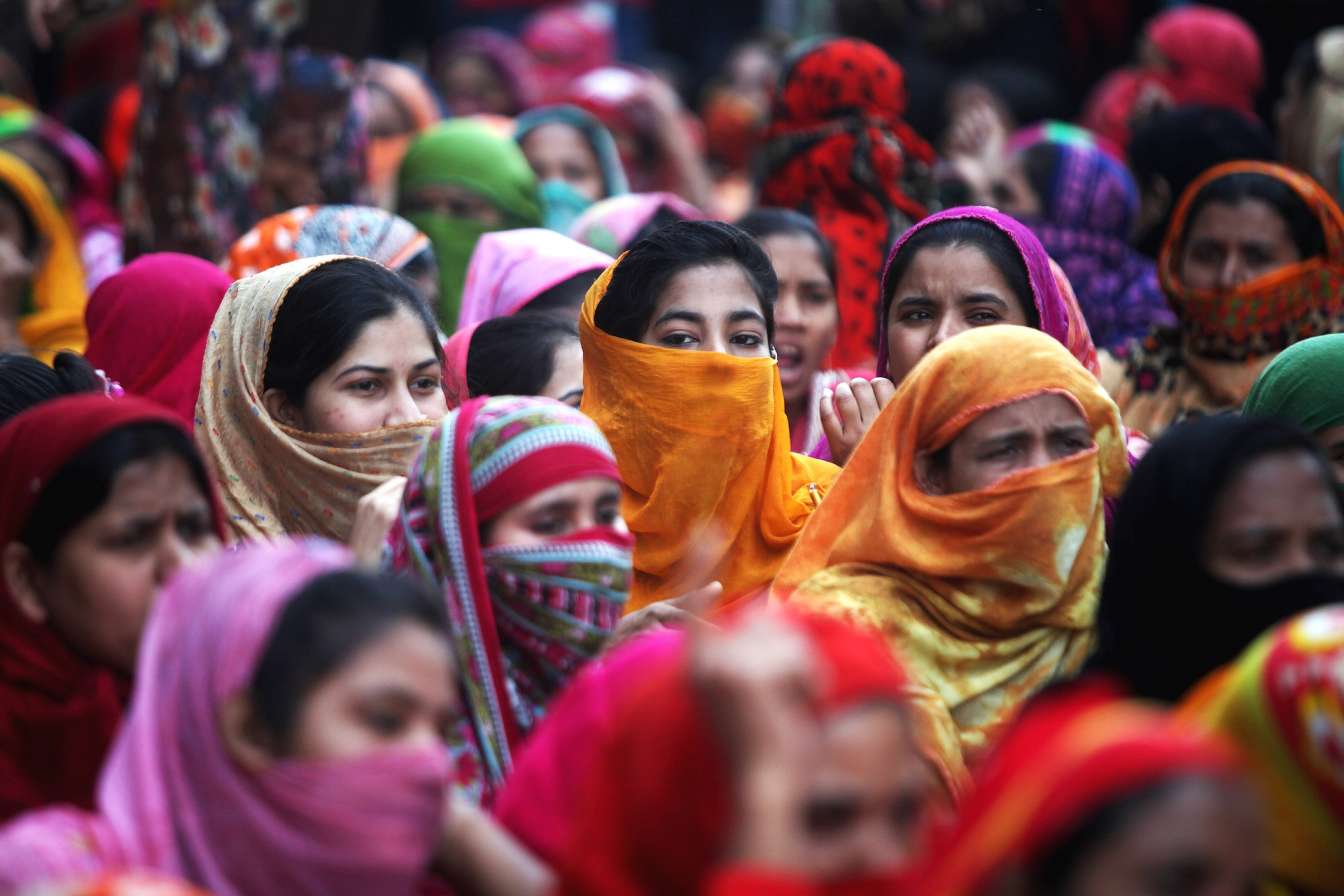 In Tamil Nadu, COVID-19 fatalities higher among women and youth in second wave

COVID-19: A comparison of COVID-19 cases and deaths reported in Tamil Nadu reveals that a higher proportion of women and youth have died in the second wave. In the first wave, women accounted for 27 percent of all deaths, whereas in the second they comprise nearly 33.5 percent of all deaths. However, the gender distribution of cases remains the same with women accounting for 40 percent and men 60 percent.

Overall, the daily deaths reported during the second wave has been increasing, with 1,200 deaths occurring in the past week. Compared to this, there were 7,900 deaths in the 12 weeks between July to September 2020. Case fatality however is lower at 1.03 percent currently compared to 1.62 during the peak of the first wave (July to September). The decline of case fatality is most pronounced among the elderly.

According to Prithvi Mohandas, the managing doctor at MIOT International Hospital, the relaxed curbs, and disregard for precautions has led to more exposure for all age groups. He said that many of the young who needed hospitalisation tended to choose home care and would only go to hospitals when the illness became severe.

Read this article to know about a day in the life of a social worker in Lucknow working to arrange cremations, counselling bereaved families, and help COVID-19 patients find hospital beds. 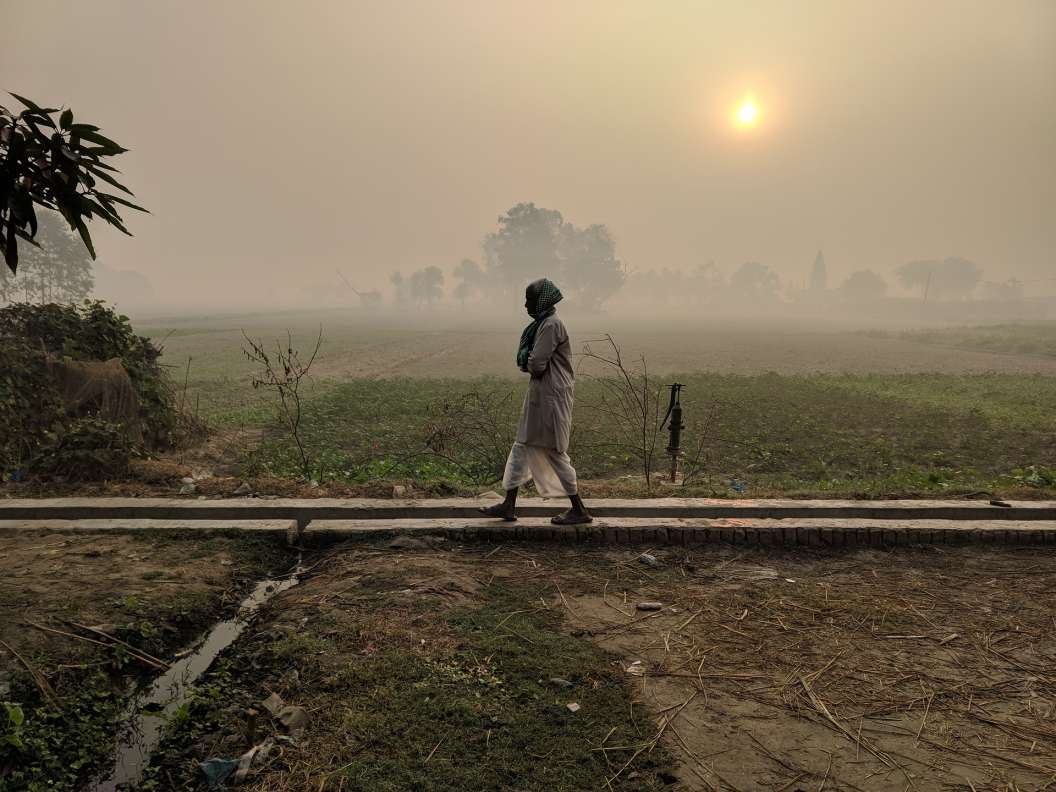 COVID-19: The Ministry of Finance has released INR 8,923.8 crore to 25 states for providing grants to their gram panchayats to help them fight the second wave of COVID-19. The grants, which have been given out in advance of the scheduled date, are for use by all the three tiers of Panchayati Raj Institutions (PRIs)—village, block, and district.

According to the recommendations of the 15th Finance Commission, the first instalment of ‘untied grants’ was to have been released in June 2021. However, in light of the severity of the second wave of COVID-19, and on the advice of the Ministry of Panchayati Raj, these funds have been released ahead of schedule.

According to the data released by the finance ministry, Uttar Pradesh’s panchayats received the maximum amount totalling INR 1,441.6 crore, followed by Maharashtra with INR 881.4 crore, Bihar with INR 741.8 crore, and West Bengal at INR 652.2 crore.

Read this article on the unique challenges that confront rural India during the second wave of COVID-19 and ways to respond to it. 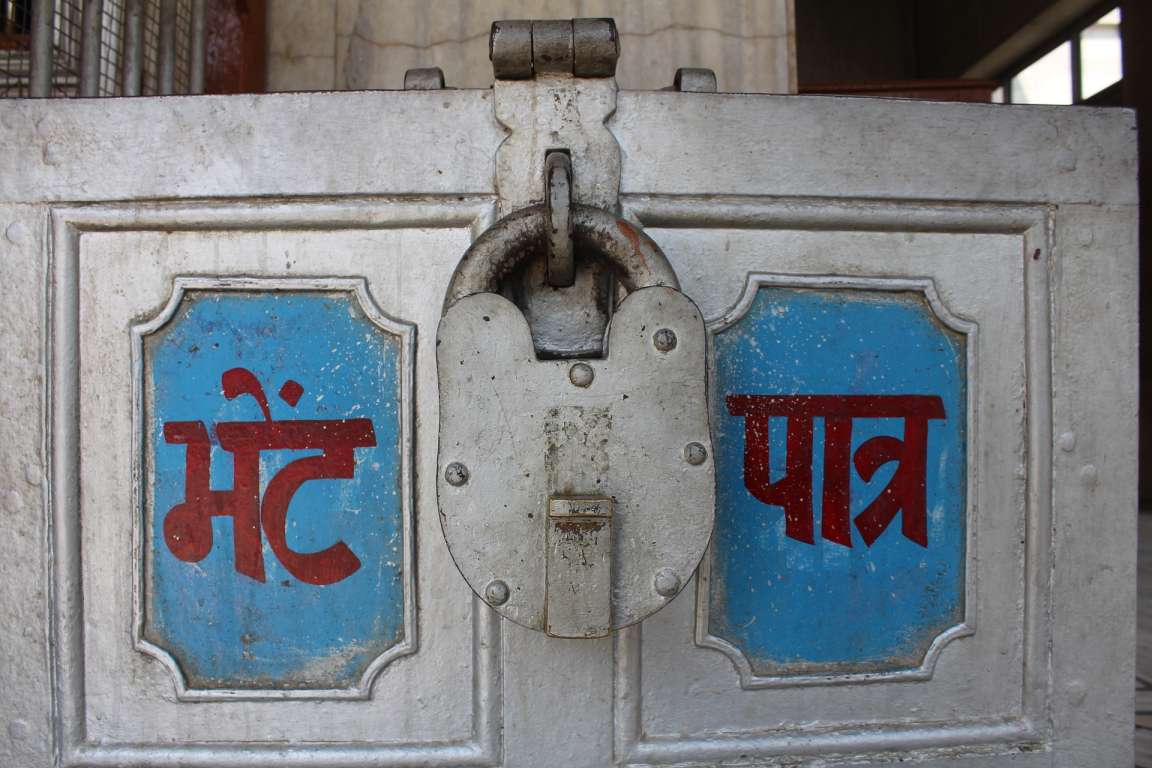 Advocacy & Government: The lack of an FCRA licence is impacting whether charitable organisations (including hospitals) can receive COVID-19 related relief material from overseas.

In addition to aid from various governments across the world, support has been pouring in from individual donors and global foundations as well. However, these donations—whether in-kind or cash—can only be received by those organisations that are registered with the Ministry of Home Affairs under the Foreign Contribution Regulation Act (FCRA).

On May 3rd 2021, the central government allowed the import of relief material from overseas to be exempt from GST. However, no such exemption has been granted from the FCRA law.

The law has some of the most stringent clauses, and the fear of violating it is impacting the plans of large donors to buy equipment like oxygen plants and concentrators for Indian hospitals, smaller charities, and organisations working in rural areas.

According to a report in The Hindu, foreign donors are keen to donate an oxygen production plant to a large hospital, where nearly two dozen patients had died after oxygen supplies were not replenished in a timely manner. However, the lack of an FCRA licence by the hospital is proving to be an obstacle.

Given that FCRA approvals take time, experts have said the government needs to urgently grant an exemption for all such donations.

“The FCRA law does not provide any blanket exemption for imports exempted by the central government, so no such exemption is available for importers of such COVID aid. It is advisable that the Centre issues a clarification exempting the receiver/importer from complying with the FCRA provisions for approval and other compliances,” said Suresh Surana, founder of tax consulting firm RSM India.

As per the FCRA law, a donation, delivery or transfer of any article, currency or foreign security, by any person who has received it from any foreign source, either directly or through one or more persons, shall also be deemed to be foreign contribution, Mr Surana pointed out.

Read this explainer on the amendments made to Foreign Contribution Regulation Act (FCRA), 2010 and their implications.