The blindspots in India’s skilling programme

Our flagship skills development scheme is unable to deliver sustainable outcomes. But an alternative exists.

India is expected to add seven crore individuals to its labour force by 2023—a 21 percent addition to the existing base of 33 crore. Given this rapidly increasing workforce, creation of employment opportunities and skill development is vital for the Indian economy. This is especially important because India faces a massive skill development gap; only 4.69 percent of India’s current workforce is formally skilled. Cognisant of this, the government has undertaken several measures to meet the challenge. The launch of the Skill India Mission in 2015 was one such important measure. Under this mission, several skilling initiatives were launched, including flagship schemes such as the Pradhan Mantri Kaushal Vikas Yojana (PMKVY), to train a large number of youth in industry-relevant skills so they may secure better livelihood opportunities.

While initiatives such as PMKVY have received enormous backing from the government in terms of budgetary and administrative support, they have not delivered on the expected outcomes. For instance, during the 2016-2020 period, the government committed more than INR 12,000 crore to PMKVY. While lakhs of candidates have been trained through the programme, a large number have not been placed. In fact the first iteration of PMKVY was heavily criticised for its poor placement record, in addition to the poor quality of jobs in which the candidates were placed. Many candidates seemed to have been placed in informal sector engagements without job security, in trades such as electrical repairing and self-employed tailoring. 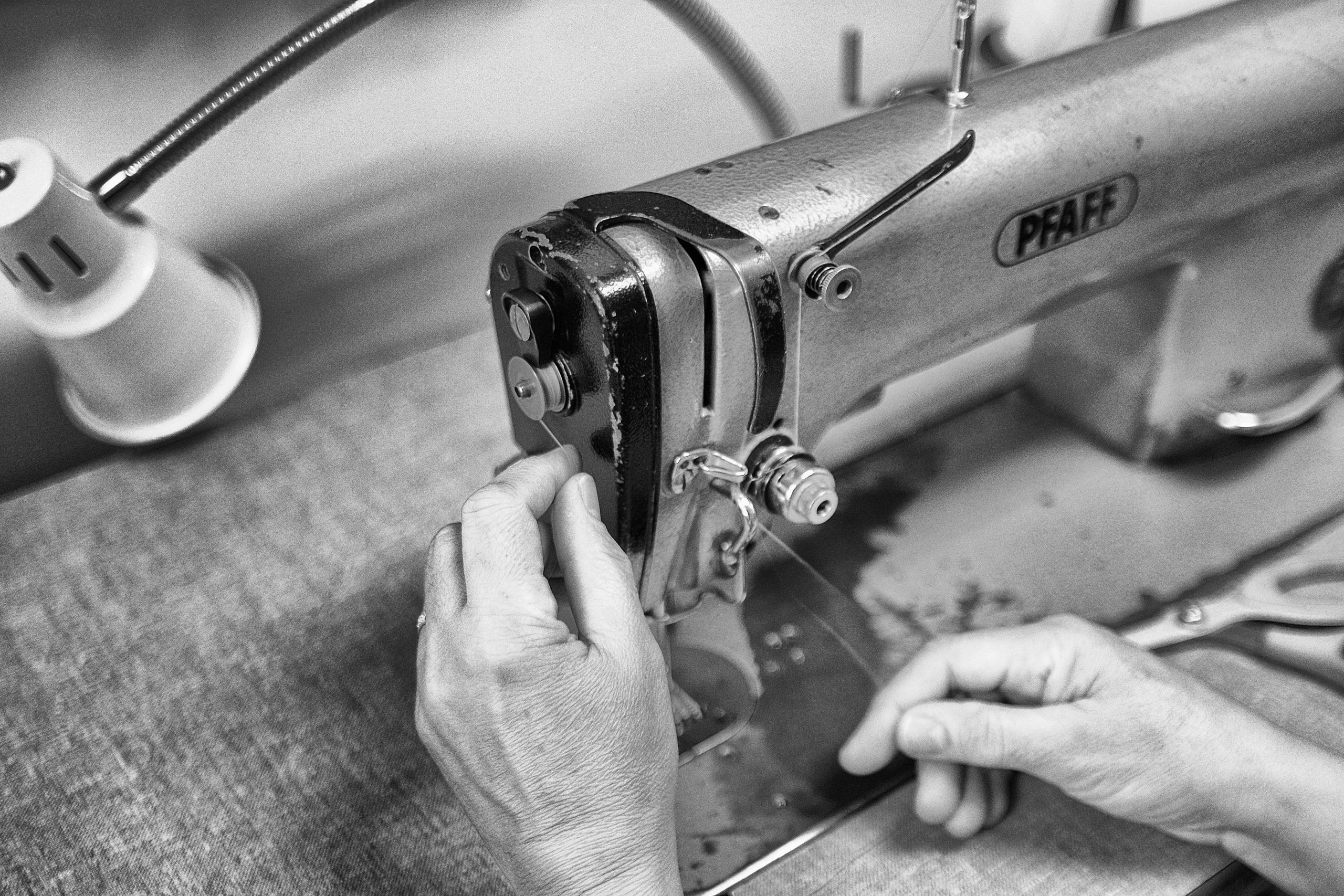 Many candidates seemed to have been placed in informal sector engagements without job security in trades such as electrical repairing and self-employed tailoring. | Photo courtesy: Unsplash

Where does the scheme fall short?

A 2019 analysis by The Quantum Hub (TQH), the organisation where I work, suggests that these outcomes are, in large measure, expected. A closer look at the programme design highlights issues with stakeholder incentives, as well as challenges in implementing the scheme’s provisions.

Insufficient incentives for training partners: The PMKVY is designed in such a way that training, certification, and placements are implemented through Project Implementing Agencies (PIAs) or training partners. These organisations receive funds upon completion of different stages of skilling. As it so happens, the least amount of money is allocated to student placement—30 percent of the payment is released at enrolment and commencement of training, 50 percent on certification, and the remaining 20 percent on placement. This leaves very little incentive for PIAs to push for placements or provide post-placement support. Moreover, students do not pay any amount of money to receive training. This not only affects how seriously candidates approach training, but also deters them from holding the PIAs accountable for quality training.

Low implementation capacity due to geographical spread and absence of standardised testing: Delivering effective, on-ground skill development requires high implementation capacity. Since the scheme is implemented by PIAs with training centres dispersed across the country, monitoring and quality control is hard to execute. Once training is complete, assessments and certification are done by selected third-party agencies. However, standardised testing is difficult, given the diversity of trades taught, which range from plumbing to apparel to Information Technology/Information Technology enabled Services (IT/ITeS). This creates room for discretion at the local level and opens avenues for collusion. The incentive for collusion between PIAs and testing agencies is also high given that 50 percent of the payment in PMKVY is linked to a candidate clearing the examination.

Leakages due to problems in tracking placements in the informal sector: In the case of wage employment, the last tranche of payment to PIAs is linked to the submission of proof of placement, either in the form of an offer letter or proofs of salary (such as bank statements). This opens another avenue for leakages, especially given that it is difficult to produce placement records (salary slips and certificates) for people working primarily in informal economic setups such as plumbing and tailoring. Our analysis of programme data from 2018 in Haryana shows that a large number of youth (the highest among all trades) skilled through PMKVY ended up becoming self-employed tailors. This seems odd especially in a state where automobile and ITeS are some of the largest and fastest growing sectors. While it is hard to say so conclusively, the fact that these tailors are ‘self-employed’ rather than ‘actively’ placed could be one explanation for the anomaly. It is possible that PIAs enrolled a greater number of candidates in the tailoring category simply because it exempted them from having to invest in placements and it was easier to submit documents proving self-employment. As per PMKVY guidelines, self-employment also qualifies as placement if the PIA is able to submit a self-declaration letter from the candidate, and another verifiable document such as a trade license.

The committee reported that skill development courses offered poor placements to participants and added limited value to their employment opportunities.

The government’s own reviews also corroborate our analysis. The Sharda Committee Report (2016) examined how skilling schemes could be rationalised and optimised, and the role played by the National Skill Development Corporation (NSDC) and India’s Sector Skill Councils (SSC). SSCs are bodies constituted with members from the industry, and are tasked with creating curriculum and supervising the entire skilling process. The report highlighted that in order to achieve targets, SSCs sometimes compromised on the quality of training, assessments, and certifications. And that training courses were too short to effectively supply a decent skill set, and schemes needed to be restructured for more effective implementation. The committee also reported that skill development courses offered poor placements to participants and added limited value to their employment opportunities.

An alternate approach to skilling

Our analysis and the findings of the Sharda Committee Report both call for a re-examination of the way skilling is currently being imparted in India. Luckily, there is already a scheme called the National Apprenticeship Promotion Scheme (NAPS), which may be capable of bridging some of the gaps identified above. Currently, NAPS is a small scheme, with a 2019-2020 budget of only INR 61 crore. This is a meagre sum when compared to PMKVY, which has been allocated INR 12,000 crore for 2016 to 2020.

By directly engaging with the industry, apprentices are able to pick up relevant skills on-the-job and are well positioned to get placed after.

NAPS is unique because it uses employment as a means of skilling youth and aligns the objectives of stakeholders in a productive manner. The scheme incentivises potential employers who wish to engage apprentices by paying a part of the apprentice’s stipend. The government currently shares 25 percent of the prescribed stipend, subject to a maximum of INR 1,500 per month per apprentice with the employer. Since apprentices are recognised as trainees and not workers under NAPS, it also exempts employers from meeting certain labour law requirements such as those prescribed under the Industrial Disputes Act or the Employees’ Provident Funds Act for the duration of the apprenticeship. By directly engaging with the industry, apprentices are able to pick up relevant skills on-the-job and are often well positioned to get placed after.

Related article: Employability training: The skills we should be focusing on

Surprisingly, though NAPS has been around for a while, it hasn’t managed to scale up. In 2016, only 30,165 establishments were engaging apprentices—a miniscule number when compared to the total number of establishments in the country. While the government had set a target of engaging 50 lakh apprentices cumulatively by 2019-2020, so far it has managed to engage only 14.45 lakh apprentices since NAPS’ inception in 2016. 1

However, we feel that the design of NAPS is largely effective and it has the potential to drive skilling in a big way. What the scheme needs is a stronger push from the government. The government should invest more in streamlining enrolment by strengthening the NAPS portal and possibly increase stipend amounts to incentivise industry to take on more apprentices. Unlike other skilling initiatives, investment in NAPS is likely to lead to more sustainable skilling outcomes, as establishments might see apprentices as an asset (having invested both time and money in their training).

At its core, NAPS is similar in design to the German Dual Vocational Education and Training system (DVET) that combines work experience, learning on-the-job, and classroom education, and is considered one of the best practices in skilling across the world. This model is increasingly being discussed in policy conversations in India and Dr MN Pandey, the Minister of State for Skill Development and Entrepreneurship has also emphasised the need to impart apprenticeship training as a part of regular courses for students.

We need a concerted shift towards models that leverage apprenticeship as a core tool for training.

What we need now is a concerted shift away from PMKVY and similar schemes, towards models that leverage apprenticeship as a core tool for training. Increased focus on creating awareness and higher budgetary allocations for NAPS will help provide the practical skills necessary to bridge the skill gap in the Indian economy.

Tags: employment, public policy, skill development
We want IDR to be as much yours as it is ours. Tell us what you want to read.
writetous@idronline.org
ABOUT THE AUTHORS 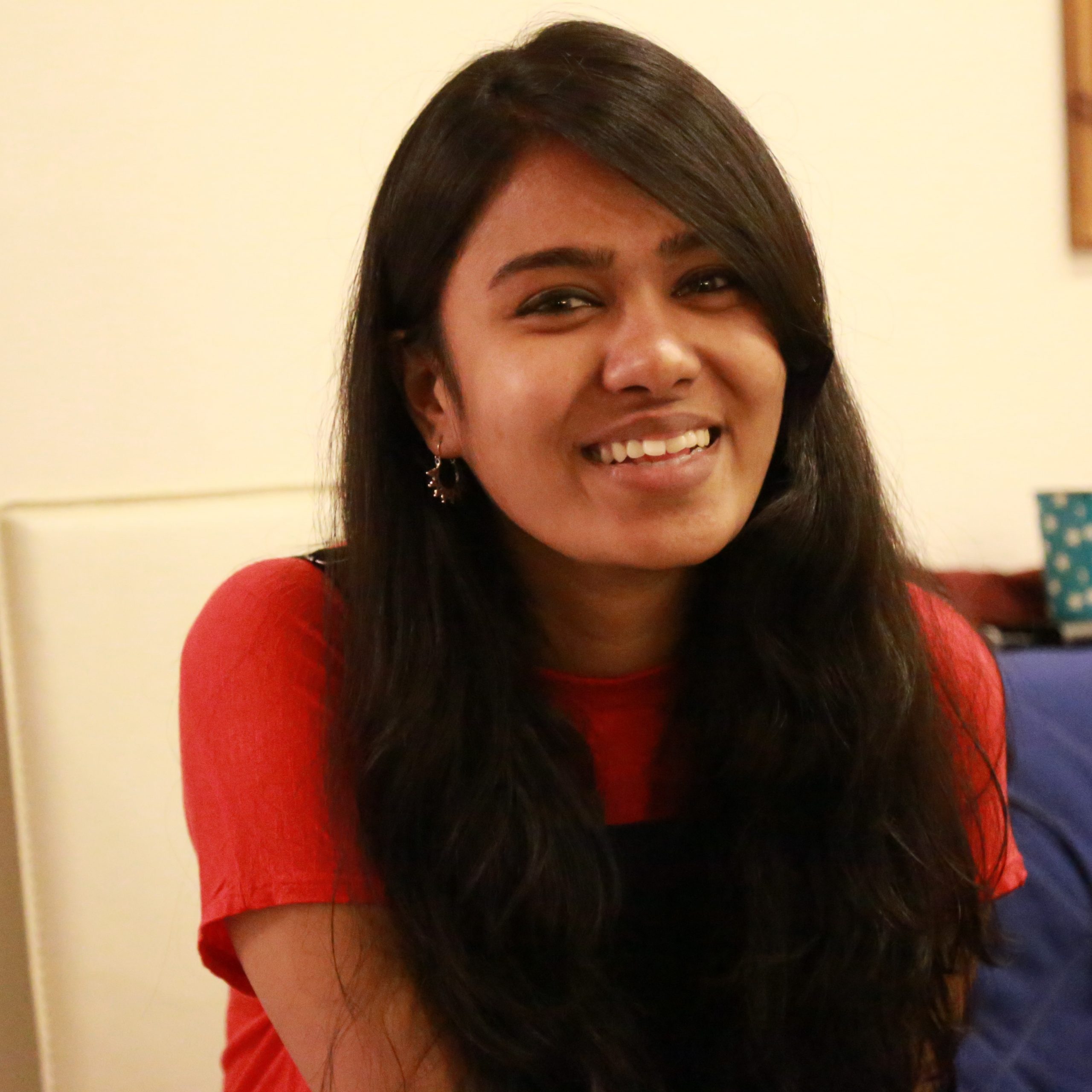 Vanya Gupta is a public policy associate at The Quantum Hub (TQH), a public policy research and communications consulting firm. She holds an MA in Development Studies from the University of Sussex and a BA in Economics and Psychology from Mumbai University. At TQH, she researches schemes, policies, and programmes in the development field. She started her career in the public sector and governance team at PricewaterhouseCoopers. Most recently, she worked as a research assistant, analysing applications of blockchain technology for social impact. 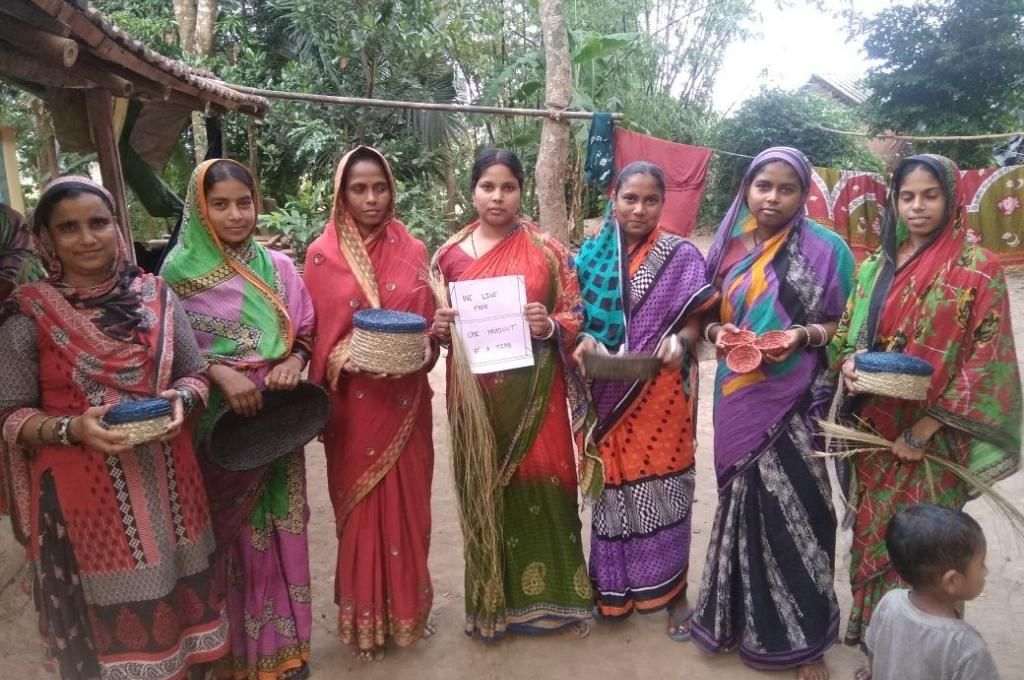 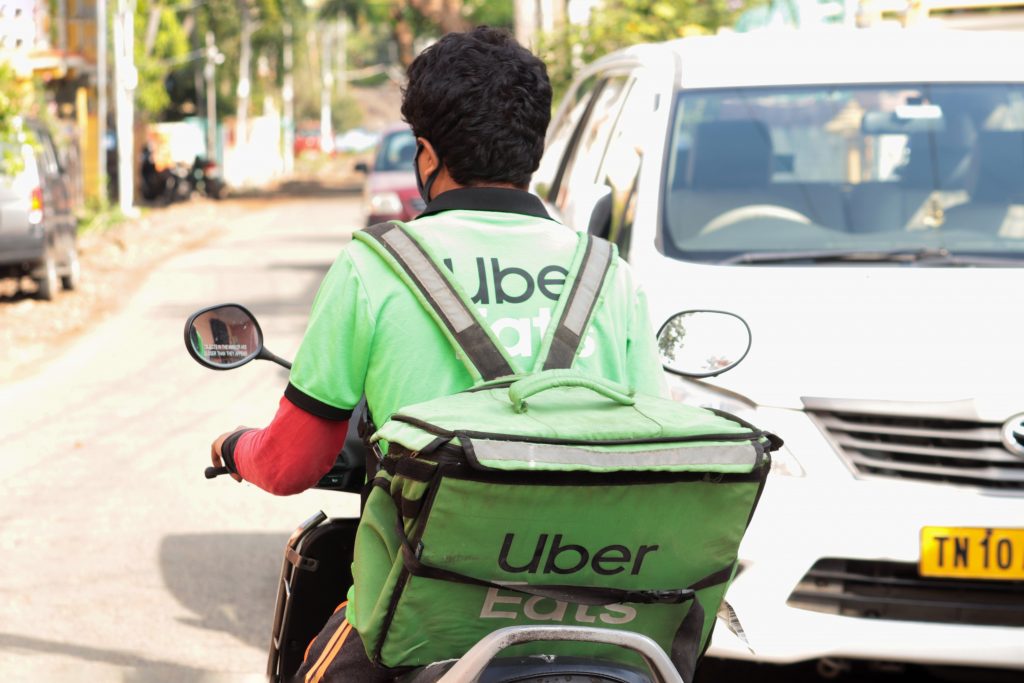 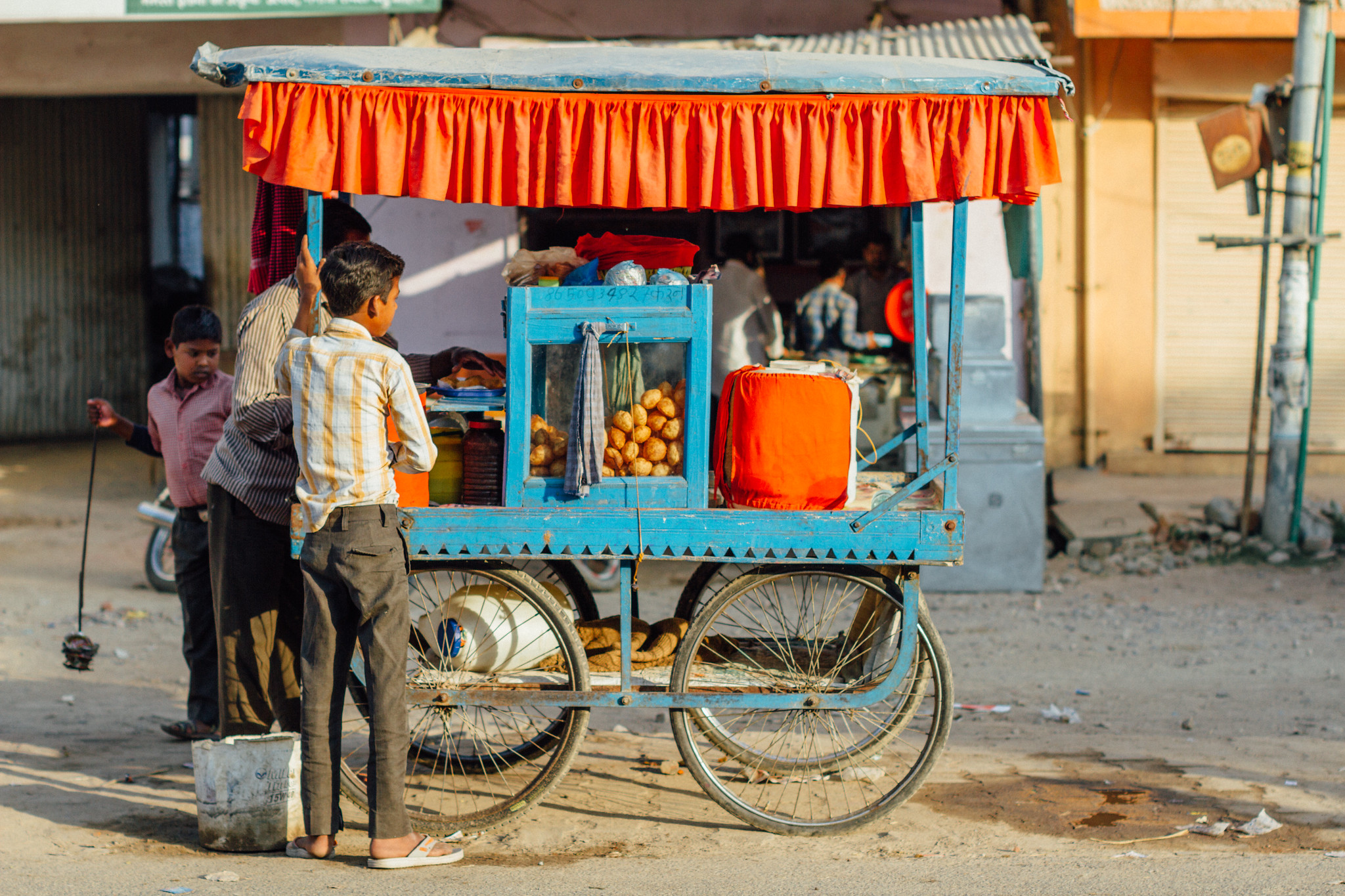 Livelihoods
It’s time to step up for street vendors’ rights
If implemented effectively, the Street Vendors Act, 2014 is an opportunity to prioritise the welfare of the urban poor and enhance their livelihoods.
by Shalaka Chauhan, Aravind Unni | 6 min read