India has been innovating in financial services with a view to reaching its most socio-economically marginalised people easily. It has been doing so by, for instance, transferring funds from social welfare schemes directly into bank accounts (instead of cash or in-hand services), promoting tools such as Unified Payment Interface (UPI), and even offering a digital token for social welfare benefits through the recently launched e-RUPI platform. But when the intended audience faces issues accessing these services, they struggle with poor consumer protection and grievance redressal mechanisms (GRMs). These experiences increase their mistrust in new solutions and affect their uptake.

Gram Vaani, where both authors work, and the National Institute of Public Finance and Policy (NIPFP) conducted research in 2020–21 to uncover the accessibility, effectiveness, and inclusivity of available GRMs with respect to banking services. The research was led by a survey on Gram Vaani’s Mobile Vaani community media platforms across Bihar, Jharkhand, Madhya Pradesh, Uttar Pradesh, and Tamil Nadu. This survey was answered by more than 900 people, 80 percent of whom were aged 18–35 and nearly half had a monthly income below INR 5,000.

How does the grievance redressal system work?

Our surveys indicated that despite the pervasive issues with banking services, 69 percent of the respondents did not raise grievances to address their concerns. For 20 percent, it was because they did not know how to do so.

Only 10 percent of the complaints received by the banking ombudsman services came from rural areas.

Indian regulatory authorities have put in place a two-layered grievance redressal system for its financial services. At the first layer, financial institutions are required to have a formal channel to address users’ concerns, often referred to as ‘internal redress forum’. At the second layer, there are external options such as sector-specific ombudsmen, consumer redressal forums, or civil courts. The Reserve Bank of India (RBI) has launched ombudsman services for banks, non-banking financial companies (NBFCs), and digital payment service providers. Aggrieved users can raise their issues through letters or online tools.

Awareness and usage of these channels, especially among socio-economically marginalised and rural communities, is minimal. The 2019–20 annual report of RBI’s ombudsman services details that only 10 percent of the complaints received by the banking ombudsman services came from rural areas. Most complaints were registered online, indicating that the uptake of this facility is largely restricted to digitally equipped community members.

While one in five of our survey respondents did not know where to complain, other respondents shared a range of reasons for choosing not to complain. Here, too, users’ dissatisfaction with their interactions with bank officials came to the fore, with over 30 percent stating this as a reason they didn’t complain.

These numbers strongly indicate that the current channels of complaint registration are not inclusive, accessible, or designed keeping the end user in mind. Here are the primary reasons we found that hold people back from accessing the current financial grievance redressal system:

Even as digital transactions are widely available, cash remains central to financial transactions—which requires a visit to the bank or the ATM. However, many respondents shared that they do not get treated respectfully by banking officials, making visits to the bank something to be feared or best avoided. Others said that they struggle with withdrawing cash from their accounts, be it directly from the bank or the ATM.

To reach women users of banking services, we followed up with the respondents who answered the survey through Gram Vaani’s women-centric platforms. But often male family members picked up the call. In most instances where women answered the call, they handed the phone over to a male counterpart for discussing the grievances with respect to their bank accounts. Even as the role of women’s financial inclusion in broader economic growth is much discussed, financial services need nuanced solutions rooted in women’s ground realities to achieve this. And digital solutions may not be the most appropriate, given the gendered access to mobile phones and overall low digital literacy among women in India.

Many survey respondents sought help to raise complaints related to welfare benefits they had not received due to banking issues. When we followed up with these respondents, we realised that many of them could not gather the complexity of benefit delivery in their bank accounts. Nearly 15 percent of the complaints were not to do with banking issues, but were about users’ inability to access certain welfare schemes.

Further, the access channels, language of the forms, and other aspects of the process of registering grievances are highly technical. This makes the GRMs inaccessible for people with low financial literacy, especially when financial tools and services rapidly change.

Mobile Vaani volunteers, trained by NIPFP on banking-related grievance redressal, contacted 235 survey respondents who wanted assistance in raising complaints on their banking issues. But many of them refused to continue the process for fear of adverse repercussions. So, the volunteers began grievance redressal procedures online on the government portal for only the 74 respondents who agreed. When we contacted them again after 30 days, only one respondent said that he had received a call from the bank regarding his complaint. Following this, volunteers raised the complaint to the RBI ombudsman, for 42 users. Yet, even after 60 days of launching the complaint online, only six users had heard back regarding their complaints.

Even for a trained and digitally literate person, registering complaints on the government portal is a cumbersome process.

The RBI annual report of 2019–20 mentions that nearly 32 percent of the registered complaints were rejected because they were not represented well. Mobile Vaani volunteers’ experiences reveal that even for a trained and digitally literate person, registering complaints on the government portal is a cumbersome process. It requires a high level of smartphone/internet skills to access the portal, a sound understanding of financial terminologies to correctly interpret the forms, the ability to describe the details of the grievance, and a mobile phone to receive a one-time password (OTP). And, of course, the user must have the time to raise a complaint.

A report on India’s social welfare delivery has shown that most people find these systems and processes complex to navigate without external help, necessitating civil society to step in.

How to build an accessible grievance redressal system

Our survey findings and experiences following up on grievance redressal imply that users need easily accessible information about the processes. Since people fear adverse reactions from bank officials for raising complaints, they need platforms where they can raise grievances confidentially, without apprehension.

Instead of only offering written communication channels for launching the complaints, voice-based interfaces should also be encouraged to include more users. The GRMs should also be evaluated on the lines of gender to understand what would make them accessible for women and other genders. As newer services such as e-RUPI are launched for welfare delivery, these changes could be the starting point to make grievance redressal in the financial sector relevant and accessible for all, increasing users’ trust and uptake of financial services.

With contributions from Shoaib Rehman and Matiur Rehman. 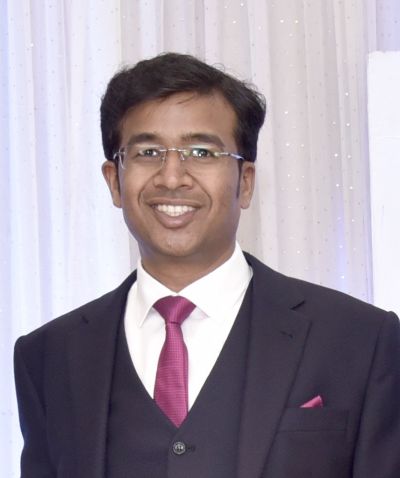 Rohan S Katepallewar is a development sector professional with more than nine years of experience in the government, corporate, and public interest agency fields. He believes that appropriate technology, which is bottom-up and contextual, can create an equalising force in society. At Gram Vaani, he leads partnership-related efforts and manages innovative programs and research for livelihood security, social security, and gender justice for marginalised and low-income communities. 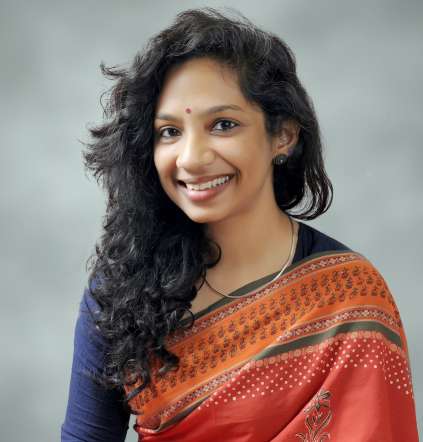 Vani Viswanathan is a development communications professional with more than 10 years of experience in storytelling and campaign management for nonprofits and corporates. She is especially interested in the areas of gender and sexuality and their role in development and access to human rights. At Gram Vaani, she highlights stories of people in India’s heartlands and urban low-income communities through long-form writing and social media.