Climate tech start-ups: The need of the hour

Climate tech start-ups play a crucial role in combating climate change. Here’s how we can strengthen the ecosystem in India.

India currently ranks seventh on the Global Climate Risk Index 2021—a huge impediment to its goal of building a USD 5 trillion economy over the next few years. There are a number of geographical and socio-economic factors that make India acutely vulnerable to climate change:

In 2019 alone, floods and cyclones in India caused an economic loss of nearly USD 10 billion. The effects of climate change are real, and climate change–induced natural disasters are likely to lead to a significant contraction in the country’s per capita GDP in the absence of large-scale adaptation and mitigation efforts.

There is a need for urgent climate action in India

In response to the situation, the Government of India has made a series of ambitious climate action commitments over the last decade. These include the National Action Plan for Climate Change (NAPCC) and signing the Paris Agreement. While India has made some headway in the renewable energy space, it is considerably behind in meeting other targets, specifically around carbon capture. Moreover, in the last two years, the COVID-19 pandemic has justifiably redirected significant portions of funding to healthcare, away from equally essential issues such as climate action.

Till now much of the work on climate finance in India has centred around large, utility-scale renewable project financing. Moving ahead, we need a deep and sustained decarbonisation of the economy at all levels—food production and consumption, transportation, construction, manufacturing, and retail. To do this, we require new and innovative solutions that transform the way stakeholders engage with the natural world. Climate tech start-ups deploying low-carbon, affordable technologies present a clear pathway to achieve the transition to net-zero greenhouse gas emissions at scale.

Simply understood, climate tech start-ups refer to for-profit, early-stage enterprises that work on innovative technology-based solutions to reduce carbon footprint or improve people’s adaptation and resilience to climate change. Investing in these and building a coherent narrative around the role such enterprises can play in climate action is the need of the hour.

A new wave of climate tech is emerging in India

A recent study by Impact Investors Council (IIC), Climate Collective, and Areté Advisors examined the investment landscape of the Indian climate tech ecosystem. They found that over the past five years, 120 climate tech start-ups raised more than 200 funding rounds from 272 unique investors.

The sector is at a nascent stage and needs mainstreaming. Despite the positive outlook, our research shows that climate tech accounted for only 9 percent of the investments flowing to impact-oriented sectors such as education, healthcare, and financial education between 2016 and 2020. This could be attributed to the fact that a majority of the equity deals in the sector were still in early stages of funding (seed) and of relatively smaller ticket sizes (less than USD 5 million). Further, the conversion from seed stage to the Series A stage of funding is very low (approximately 17 percent) when compared to 29 percent internationally. This indicates that climate tech start-ups take relatively longer to attract larger pools of capital, and therefore to scale up.

The climate tech ecosystem in India has shown distinct characteristics, a few of which have been listed below:

1. Sustainable mobility receives a large share of the investment pie

Both sustainable mobility and energy are relatively mature sub-sectors, and benefit from a favourable regulatory environment and easy-to-capture impact metrics. Climate-smart agriculture, waste management and circular economy, and environment and natural resources are the other sub-segments gradually beginning to gain traction.

2. Start-ups focusing on mitigation and product innovation dominate the space

The energy and sustainable mobility sectors have predominantly focused on mitigation solutions because the carbon footprint in these sectors is high. As a result, mitigation accounts for 86 percent of the equity infusion in the last five years. Other verticals such as smart agriculture, waste management, and environment and natural resources have seen fewer adaptation and resilience solutions as they require more localised modifications.

Additionally, almost two-thirds of the start-ups that have raised Series A funding and beyond have showcased product innovation. This is in large part due to electric vehicle innovations within the sustainable mobility segment.

Only 9 percent of the climate tech start-ups that have raised Series A funding and beyond in the last five years have been founded or co-founded by women. This number is low in comparison to women founding or co-founding 14 percent of the top 150 start-ups and less than half of the 20 percent women-owned enterprises in India. However, within the climate tech space, the participation of women increases as we move to executive leadership positions (15 percent).

Climate tech has the potential for disruptive growth

In recent years, multiple factors have contributed to creating a stimulating environment for climate tech start-ups in India. These include a more conducive policy environment and steady development of low-carbon technologies. Moreover, the development of a large asset base in clean energy over the last decade has propelled new start-up innovations to service these assets. For example, energy optimisation solutions such as energy analytics, energy accounting, drone-based and GIS-based survey companies, among others.

From an investor’s perspective, three key enabling factors have been identified to aid the growth of the climate tech ecosystem in India:

One-third of the investors surveyed were also of the opinion that the climate tech ecosystem in India needs standardised language to bring cohesiveness to the sector. The entrepreneurial ecosystem also agrees that if we are to transform the climate tech ecosystem from a niche asset class to a mainstay of venture capital and impact investment, we need to build a coherent narrative and distinct identity for the ecosystem.

From a larger ecosystem perspective, start-ups working on science and technology innovations need customised support in the early stages for prototyping, testing, technical validation, and product commercialisation. This can be done by setting up dedicated centres of excellence (COEs), specialised entrepreneur support organisations (including incubators and accelerators), and greater academia– industry interface.

Additionally, the government can play a vital role in creating demand for climate tech start-ups by introducing policies that nudge consumers to adopt green products, subsidising the green premium on such products, and acting as the first large buyer itself. It can also help in improving the supply side by funding infrastructure such as COEs and scientific labs, and providing directed fiscal incentives.

Capital providers such as government-backed funds, corporate venture capitalists, foundations, and philanthropies can take on a larger role in encouraging early-stage climate tech investing. A way for them to do this is by providing capital for longer periods. Furthermore, well-designed blended finance and/or affordable debt structures can help in de-risking private investments and bringing in other relevant actors into the climate tech sector.

Finally, given the multidisciplinary and complex nature of climate tech businesses, the investing community can benefit from capacity-building interventions. These can help cultivate relevant technical expertise for due diligence or portfolio management of climate tech start-ups.

Tags: climate change, startups, sustainability
We want IDR to be as much yours as it is ours. Tell us what you want to read.
[email protected]
ABOUT THE AUTHORS 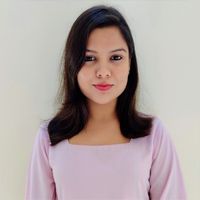 Deepanshi Balooni manages the research portfolio at Impact Investors Council (IIC), with a focus on climate tech investing and gender lens investing. She has more than six years of experience in the social impact space and has worked across areas of policy research, programme management, and partnerships. She has previously worked with Villgro and the United Nations Development Programme. She holds a master’s degree in public policy from St Xavier’s College, Mumbai, and a bachelor’s degree in economics from Delhi University. 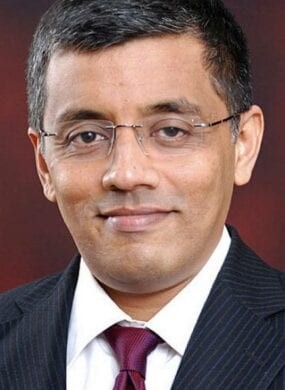 Ramraj Pai is the CEO of the India Impact Investors Council (IIC). He has been a credit market specialist, with specialisations in financial services and inclusion-related issues. Before joining IIC, Ramraj served as the president at CRISIL and led them to set up an integrated business development function across businesses, focusing on relationship management, deepening product penetration in banks, financial institutions covering India, and emerging markets. 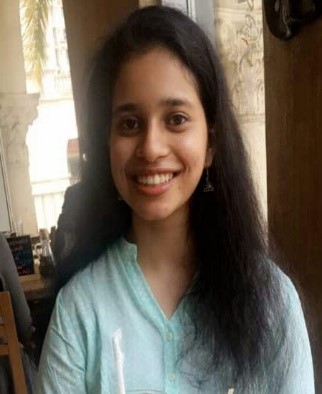 Shriya Nene is a research associate at the India Impact Investors Council (IIC). She is a development professional with a keen interest in the learning more about the impact investing space. She has been a part of three research reports at IIC. Prior to working with IIC, she was with the United Nations Development Programme (UNDP), India. She holds a master’s in development studies from the Institute of Development Studies (IDS), University of Sussex, UK. 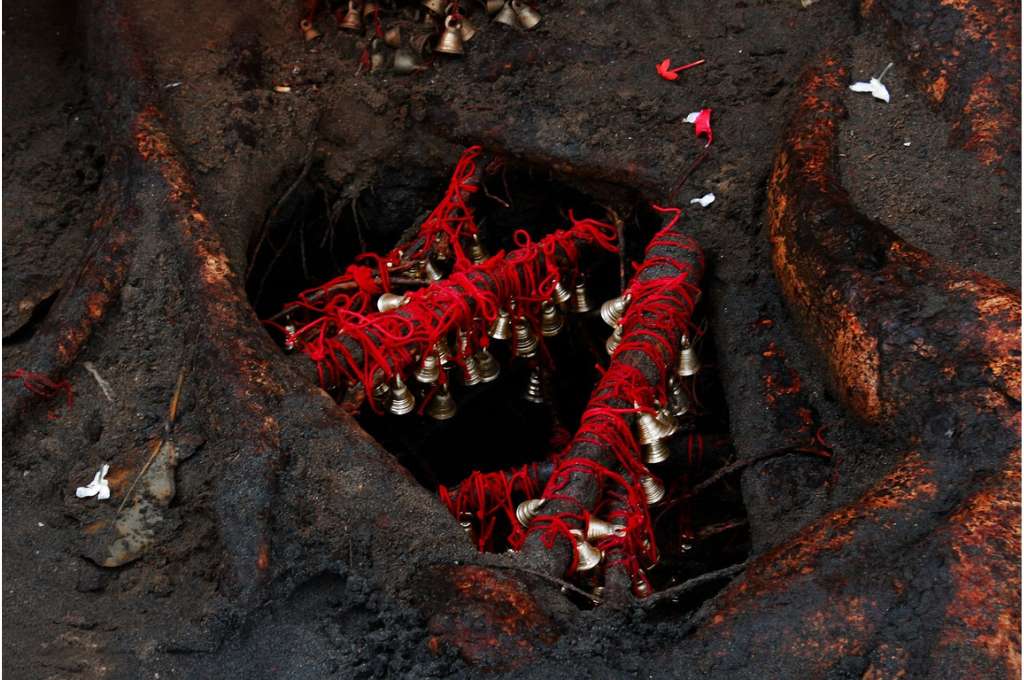 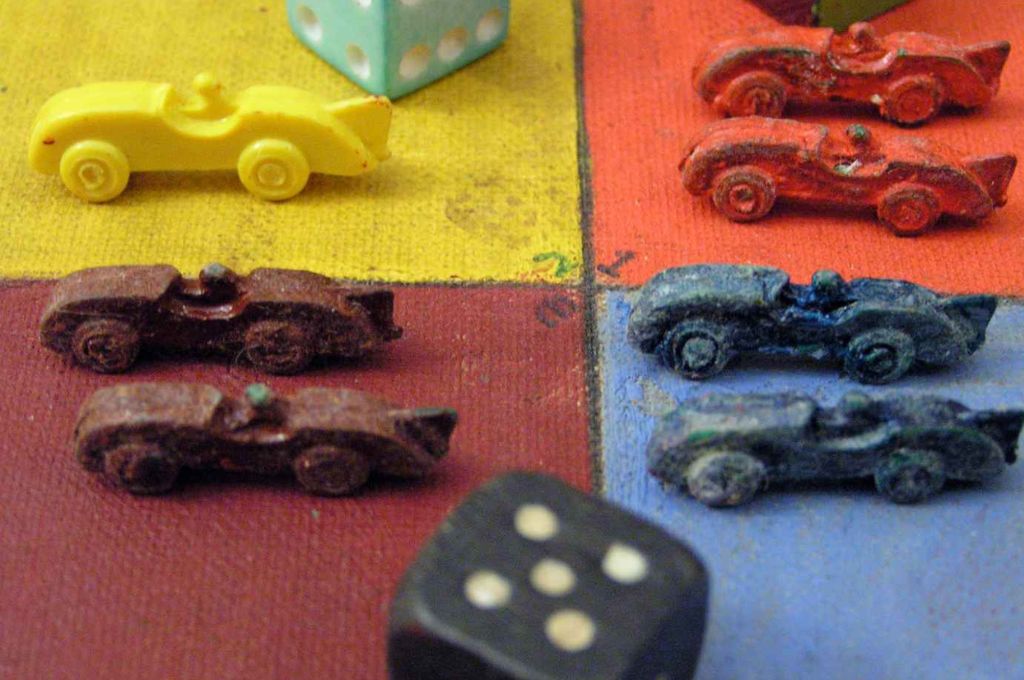