The impact of COVID-19 on rural Andhra Pradesh

Vaccine hesitancy, myths, and misinformation around COVID-19 are leading to widespread infection in towns and villages in Andhra Pradesh.

As in the rest of India, the impact of the second wave of COVID-19 in Andhra Pradesh has been devastating.

A feature of the State post bifurcation in 2014 is that geographically it has three distinct regions (Rayalaseema, South Coastal Andhra and North Coastal Andhra) each with one large urban agglomeration (Tirupati, Vijayawada-Guntur and Visakhapatnam respectively). COVID-19 has overwhelmed all the three regions with the government now forced to declare the whole city of Tirupati as a containment zone.

It is a disaster that is now unfolding in the small towns and villages.

In rural areas, in casual conversations, people reel out names and statistics of neighbouring villages and numbers that have been infected. WhatsApp groups that include elected representatives and Panchayat secretaries are full of news about numbers of positive cases and requests for help and information. The official daily bulletin of positive cases and deaths is greeted with cynicism. Often, the total number of deaths that a person hears from relatives, friends and acquaintances far exceeds the total official figure issued for the whole district. Positivity rates are a closely guarded secret among private testing labs—but often the figures trickle out and are extremely high.

The timing of the second wave has coincided with the lean agricultural period. Those who have the economic means can avoid going out, but for agricultural labour the curtailment of mobility has hit migration to the cities for work. It has also affected those involved in rural non-agricultural activities, whose numbers have increased since the first lockdown due to the return of migrants from the cities.

The burst of infections has overwhelmed the minimal healthcare infrastructure. Government hospitals have run out of beds. Unlike during the first wave, COVID-19 isolation wards have been slow to come up. The lack of adequate healthcare facilities means even a small increase in usage overwhelms the existing infrastructure.

A long wait list everywhere is the norm: hospital beds, oxygen cylinders, RT-PCR tests and even to cremate bodies. Cremation charges have risen sharply due to requests to get it done quickly or to overlook COVID-19 protocols. There is a rush for RT-PCR tests at private labs since the government-operated outlets are crowded. With a shortage of test kits, it is normal for a wait time of 48 hours or even 72 hours for results. Of course, a high level “recommendation” helps facilitate quicker access to results, hospital beds, or other medical supplies.

These problems are not helped by the exorbitant charges by the private sector. A bed at a private hospital costs more than Rs. 2 lakhs per day and astronomical prices for a day’s care in a ventilator. In most cases, upfront cash payments are demanded. The black market for goods is hyperactive. Remedesivir quotes at Rs. 30,000 per injection, and Favipiravir is available only at double the maximum retail price, to take the example of two commonly prescribed drugs. The state government capped prices of scans and, drugs and of hospital charges. (A number of these notifications are tweeted by @ArogyaAndhra, the AP Government’s official COVID-19 response handle.) But implementing orders is easier said than done especially when the healthcare system is overwhelmed. The result is that in most places the charges remain far in excess of government notified prices.

The net result is the rapid spread in most districts infecting households, large parts of the village community and apartment blocks in the small towns and cities.

The plight in towns and cities has given rise to worrying trends in rural areas. Widespread reports of death of patients due to the lack of oxygen in the hospitals of small towns has reinforced a view that admissions means fewer chances of survival. Consequently, a large portion amongst the middle and lower sections in rural areas are experimenting with a cocktail of medicines, often guided by posts circulating in social media, rather than seeking timely professional help. At the other extreme, another section has convinced themselves that COVID-19 is only a minor illness, no more than a usual cold or fever that will go away in a few days. The net result is the rapid spread in most districts infecting households, large parts of the village community and apartment blocks in the small towns and cities.

In the meanwhile, in the absence of effective dissemination of information and amidst a growing fear, new myths about the causes of the disease are taking root. The spread of new myths is aided by a desperate population looking to blame anyone for their problems. These myths include claims that signals emanating from telecom towers are spreading the virus or, those claiming that radiation from CT scan causes more damage than the virus.

Vaccination was slow to start due to the scepticism, but has seen a spurt in demand since the spread of infection. But as cases increase, most of the private hospitals that were vaccination sites have found it more lucrative to convert themselves to exclusive COVID-19 hospitals rather than spend resources on vaccination. The spurt in demand along with fewer locations for vaccination has made matters worse with those waiting for the second dose increasing. The sudden spurt in demand means that the government is forced to alternate between providing vaccinations to urban and rural areas.

It is only very recently that people turned cautious and started taking measures to protect themselves. In the cities and small towns, masks were earlier largely ornamental and usually worn on the chin to hoodwink the police and avoid fines. Localised lockdowns have shut down some small towns while in the towns and cities, the unwillingness of the government to declare a total lockdown has forced trade associations in the retail sector to voluntarily curtail their functioning to protect their staff.

In most rural areas, the underlying tendency is to avoid visiting the towns and cities for the fear that they may get infected.

In most small towns, owners of small retail outlets have been one of the first to get infected with many succumbing to COVID-19. Since most of the small town businesses operate on the basis of familiarity, in places like Gudivada shopkeepers often warn their regular customers from neighbouring villages to purchase their monthly provisions to avoid frequent trips to the towns as “every other house has infected cases”.

In most rural areas, the underlying tendency is to avoid visiting the towns and cities for the fear that they may get infected. Visits to the towns and cities are blamed for the spread of infections in the villages. In the villages of Chittoor district, it is common for a few families to ask a youngster working in nearby small towns or those visiting nearest small town to purchase the necessary goods for them so as to avoid visits. Google Pay or Phone Pe is increasingly used to pay for the cost—especially among the youth or those operating a business. In the more distant villages, some even offer to pay the petrol charges for the service to incentivise those going to the villages. This is necessary since people prefer to spend as little time as possible in the towns.

This article was originally published on The India Forum.

Tags: covid19, healthcare in India, infrastructure, vaccine
We want IDR to be as much yours as it is ours. Tell us what you want to read.
writetous@idronline.org
ABOUT THE AUTHORS

S Ananth is an independent researcher and advocate based in Andhra Pradesh. 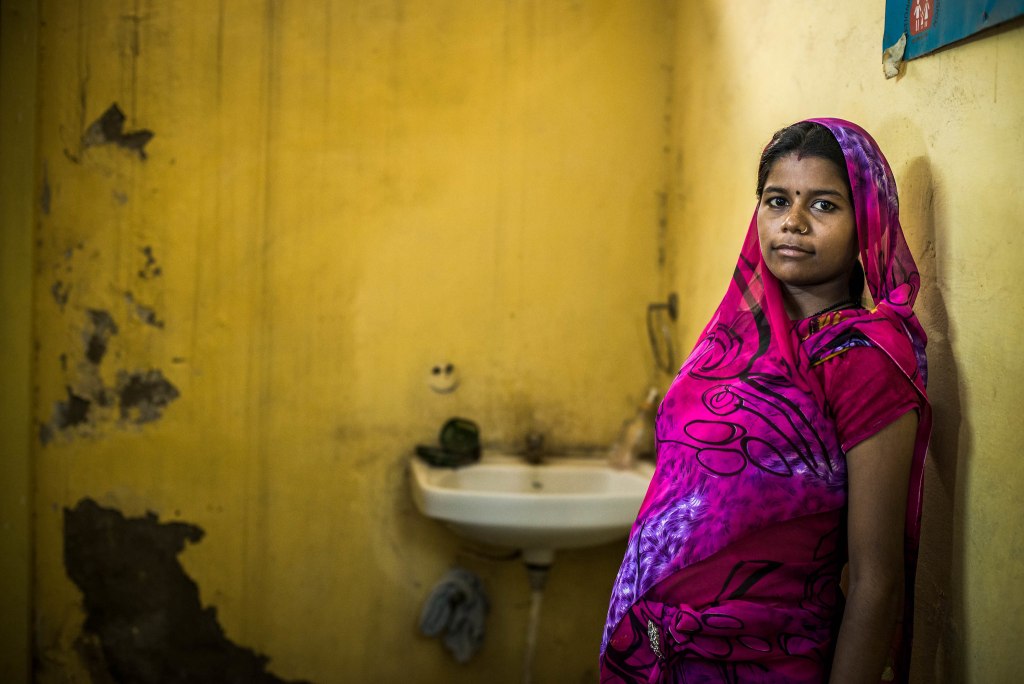 Health
More must be done to protect pregnant women from COVID-19
Beyond including pregnant women and lactating mothers in India's COVID-19 vaccination drive, the government needs to ensure their safety by adequately monitoring side effects.
by Kanmani Palanisamy, Mayurdhar Devolla | 5 min read 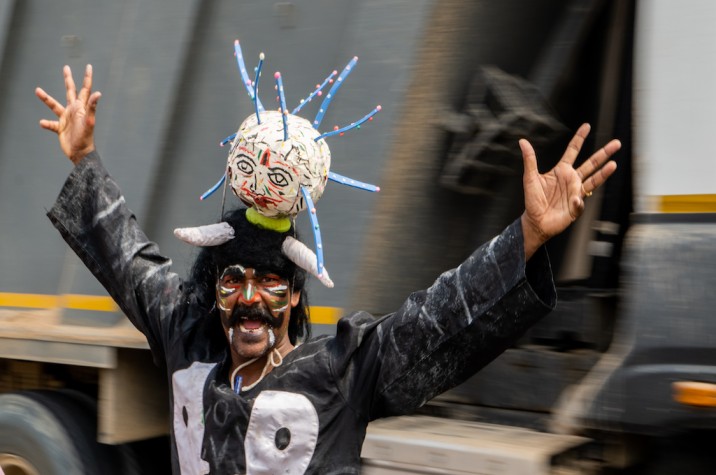 Health
A corona demon helps fight an invisible enemy
A day in the life of a community mobiliser, who plays the role of a corona demon to raise awareness about COVID-19 in rural Andhra Pradesh.
by Sree Ramulu | 5 min read 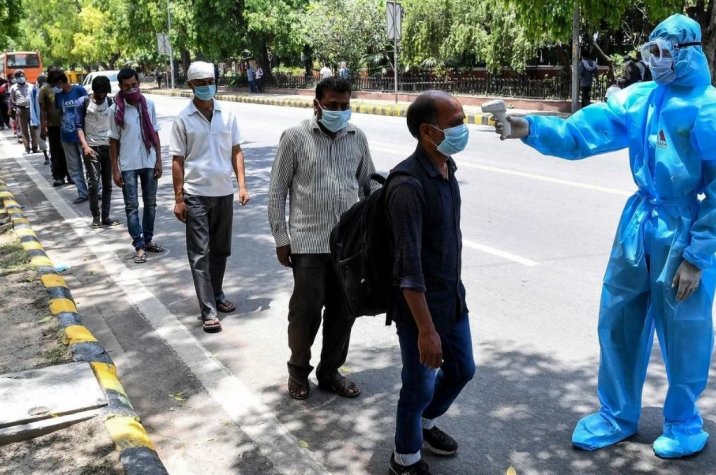 Health
India’s COVID-19 response limited by strong urban and tech bias
India's response to the second wave of COVID-19 glosses over the lack of infrastructure and technology know-how in rural India.
by Rohan S Katepallewar, Vani Viswanathan | 7 min read
COVID-19: Click here for insights and analysis, or if you want to support efforts to fight the crisis in India